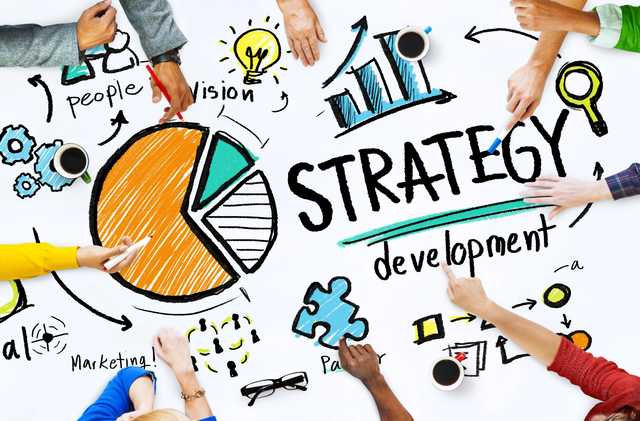 There is a good chance that in 2007 you owned one of these phones. Fourteen years ago there were five big phone makers: Nokia, Samsung, Motorola, Sony Ericson and LG. Together, they accounted for 90 percent of the global profits of the telephony industry.

In 2015, Apple’s iPhone made 92% of global profits, and the former market leaders made no profit. What happened?

Incumbents like Nokia had all the classic strategic advantages; product differentiation, a brand of trust and huge research and development budgets.

What happened was that Apple had a separate strategy. He envisioned the iPhone as a platform, a way to connect participants on both sides of the market, app developers and app users on the other side, creating value for both groups. As of January 2015, the Apple App Store offered 1.4 million apps and generated $ 25 billion in revenue for app developers.

Apple saw the iPhone as more than a product or a route to services. He saw the phone as a platform, moving away from a traditional pipeline business, based on controlling a linear set of activities, along a value chain.

The odd thing is that this game-changing strategy hardly happened. It was a bit of a fluke. If you read Walter Isaacson’s highly recommended 2011 biography of Steve Jobs, Jobs originally wanted to keep Apple’s closed architecture. He didn’t want strangers to create iPhone apps because he thought it would mess him up with viruses and “pollute his integrity.”

He gave in when Apple’s board members and others finally convinced him. Apple’s App Store opened in July 2008, and the billionth download occurred nine months later. In no time at all, he created a new industry overnight, creating a significant shift in the digital world, which we now take for granted.

On the Kenyan and East African scene, having a distinct business strategy is as rare as the rare earth Scandium, which is used as an alloy in aerospace components. But why is the strategy so rare? And why do managers call an operational plan, with a sliding budget, a strategy?

The default is the most common position

To be fair, what’s often in a room is a move to the default position of 40 years ago. The traditional thinking about strategy, thanks to Michael Porter, was that a company had three choices: 1) to be the cost leader, which meant to be the cheapest. The problem is, the cheaper is a slippery slope, and they will always be a competitor, who will be cheaper.

2) Differentiation which could be based on quality, for example a Bentley or Rolex watch.

3) Focus on a niche market such as, for example, the people of Kibera or Muthaiga, or golfers. The idea was that you had to take only one approach, and not risk trying to be everything for everyone, risk becoming a non-entity for everyone. While some of the thinking about the default position may apply, a platform business model could provide every approach, all at the same time.

The business is all about trying to create, extract, extract monetary value along a chain of activities – giving the customer something they really feel they want.

At the height of the pandemic, as everyone struggled, trying to find a way to survive, the companies that were booming were platform delivery services that could charge margins of up to 30%, when the poor restaurateur, or other vendors, barely managed or lost.

And, the platform’s delivery service flourished, without traditional brick-and-mortar physical assets; they were simply a digital step, linking buyer and seller.

The unique strategy in business is rare – because like flowing water in a murmuring forest stream – we all often choose the path of least resistance by default. A kind of cut and paste, a hope for the best approach, with a heavy dose of hype, to cover up the gaping loopholes in business thinking.

Maybe we shouldn’t feel too bad. After all, even Steve Jobs initially resisted a revolutionary platform approach, instinctively relying on his traditional biases. But eventually, after being pressed by members of Apple’s board of directors, he changed his mind. He was open to possibilities.

Or, let’s start from where the most innovative ideas are less likely to come from. For example, in large companies, brilliant ideas are unlikely to come from discussions in the boardroom, here the emphasis is on governance and maintaining the status quo. [Sure there may be exceptions, but these rare moments, don’t disprove the rule.]

In the same way that innovation almost always comes from the little ones [almost] company ignored on the fringes of the market, on the periphery. Likewise, a successful disruptive strategy usually comes from the businessman who sees customer needs and the market differently.

And then a product or a service develops that the big players ignore because it serves a small, unprofitable market. For example, for the older 40 [me too] insurance companies, a brilliant idea can come from a small [single mum] broker in Busia.

To solve the mystery of providing affordable and quality health care, the answer could come from a small medical clinic in Kijiado.

Today the platforms [that own no traditional assets] dominate the business world. At some point, a platform business model will become as old-fashioned as a pager. God knows what the metaverse will bring with it?

What do Jeff Bezos and Kenyan business thinker Michael Mithika have in common? Both pose the rare and fundamental question: how to make products and services more affordable, simpler and accessible to all?

All with the aim of delivering, by creating business models that widely spread prosperity. Answer that, in your trading strategy, and you will likely have a game changer.