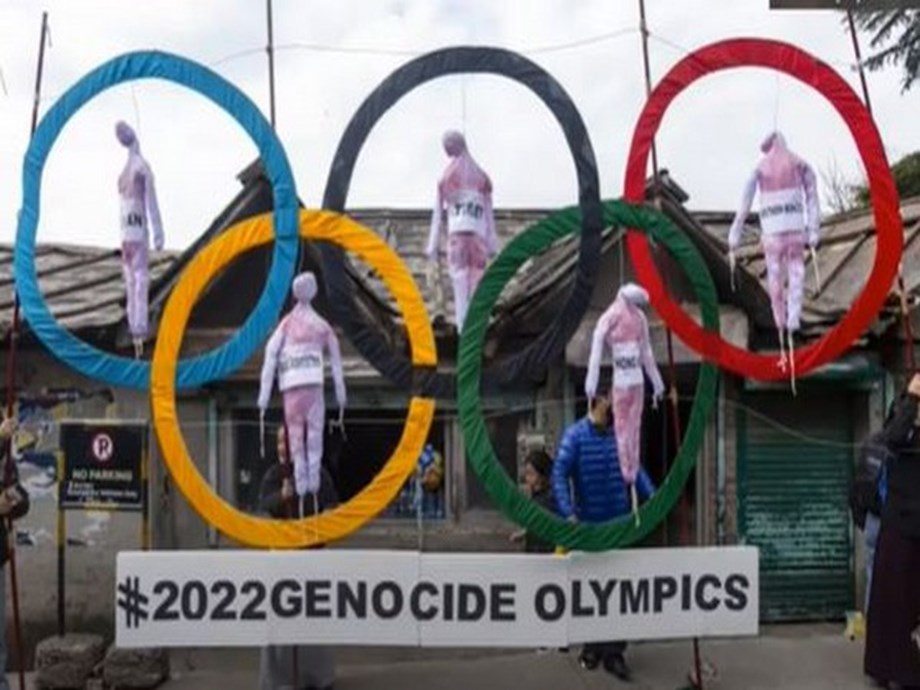 A US-based rights organization has expressed solidarity with Uighur, Tibetan and Ladakhi human rights defenders protesting the Beijing Winter Olympics. On February 19, a day before the closing ceremony of the 2022 Beijing Winter Olympics, the IACHR (International Commission on Human Rights and Religious Freedom) organized an online symposium featuring presentations by representatives of various international groups facing cultural, political and ethnic persecution at the hands of the Chinese Communist Party regime.

Prominent representatives of the Tibetan, Uyghur and Ladakhi communities (Gilgit-Baltistan part) delivered succinct comments on the contemporary challenges they face and the ways forward. “The Olympics are meant to be celebrated in the spirit of shared human heritage and peaceful coexistence among nations. In this light, the longstanding behavior of the People’s Republic of China, its ruling Communist Party and the APL is of concern on several counts,” the ICHRRF said in a press release.

According to the group, most democracies diplomatically boycotted the Beijing Winter Olympics because of the CCP’s abysmal record of human rights abuses at home as well as territorial aggression against its neighbors. “This educational event allowed the public to interactively learn about and ask questions about the suffering of large groups of people living under occupation under the CCP’s regime.” Speakers included Professor Ved Nanda (a law professor at the University of Denver), Thinlay Chukki (a Tibetan exile and Harvard-educated lawyer and advocate for Tibetan rights), Rushan Abbas (an exiled Uyghur and founder of Campaign for Uyghurs), Senge Sering (Pakistani exile and founder of the Gilgit-Baltistan Institute in Washington, DC), and Sonam Tsering (General Secretary of the Congress of Tibetan Youth in Exile). Professor Nwawang Legshe called for cooperation between persecuted communities.

All of these speakers strongly condemned the International Olympic Committee (IOC) and corporate sponsors for placing monetary and other considerations above human rights in awarding China the venue for this global event. They compared this with the 1936 Berlin Olympics under “Nazi Germany” and warned nations that respect human rights that the rise of China only accelerates the boldness and scale of its aggression against its colonized minorities as well as all its neighbours.

Tibetan and Uyghur speakers urged conscientious citizens and lawmakers in democratic nations to divest from China and penalize multinational corporations that continue to sponsor and collude with the CCP regime. The speaker from Gilgit-Baltistan also highlighted the rogue states that are collaborating with China in its relentless colonization and exploitation campaign across the globe. After reviewing the speakers’ remarks, IHRHF expressed its solidarity with those who defend the human rights of all minorities and occupied and colonized nations under Chinese rule.

IHRHF has urged governments as well as multinational corporations to heed the human rights record of the nations in which they invest heavily, lest they reinforce the despotic forces that will lead the world down the dark path of totalitarianism. (ANI)

(This story has not been edited by the Devdiscourse team and is auto-generated from a syndicated feed.)