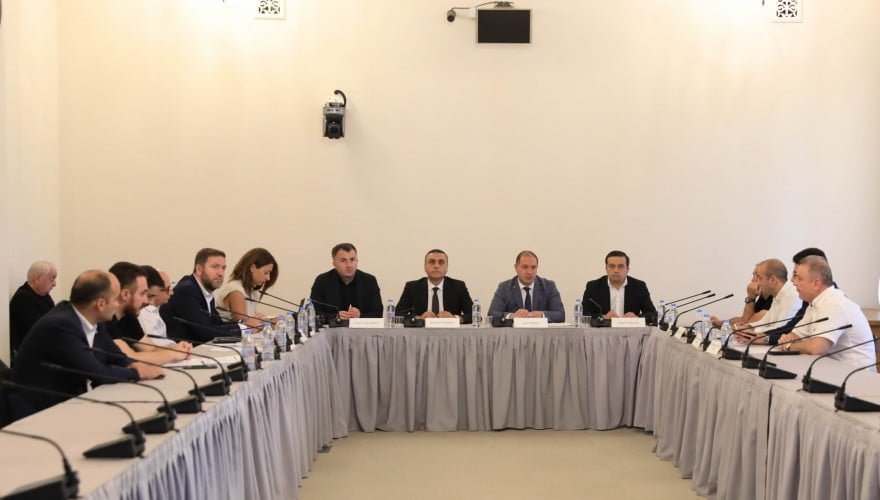 On August 18, the ruling Georgian Dream party chose not to invite one of the most influential civil society organizations working on elections, the International Society for Fair Elections and Democracy (ISFED), to the first meeting of the working group on electoral reforms intended to draw up the legislative changes necessary for the status of candidate to the EU. Georgian Dream cited the organization’s “loss of neutrality” as the reason.

The decision was criticized by both the civil society sector and the opposition. Among them, the Georgian Young Lawyers Association CSO (GYLA), invited to participate, left the meeting in protest.

Givi Mikanadze, first vice-president of the ruling party and head of the electoral reform group, Explain while he “personally” made the decision not to invite ISFED, his position is shared by all of Georgian Dream.

“It is impossible for an organization that questions the legitimacy of this government, calls for its removal, [and] the formation of a technical government, to join this legitimate process…”, he declared.

Deputy Mikanadze added that only civil society organizations that “maintain neutrality” should be involved in the working process and stressed that “[ISFED] have lost this neutrality.

ISFED responded to the ruling party’s decision with a official statement published the same day, which explained that “the attitude of the government is a direct move against ISFED and the civil sector as a whole, despite their constructive position and their willingness to engage in working groups”.

The organization believes that the “withdrawal of the professional organization from the process actually indicates the creation of the working group as a formality whose purpose, instead of improving electoral legislation and responding to the recommendations of the European Commission, is prolong the process and create the illusion of being ready to implement the recommendations.

“This decision by Georgian Dream, at such a crucial time for the future of Georgia, goes against the national interests of the country,” the CSO stressed, adding that it “considers such a position of the ruling party as a limitation of civil society, which considerably harms the country’s European integration process.

The ISFED statement also underlined that the involvement of civil society is a key element of the recommendations put forward by the EU. “However, the ruling party did not allow all voluntary organizations to work on reforms in the desired direction, because they were only 2 places for [CSOs] in each working group.

“The organization does not plan to deviate from the chosen path and will continue to work for the promotion of the age-old aspiration of the Georgian people – Western integration,” ISFED stressed.

GYLA President Nika Simonishvili quit the task force in protest and stress that he will not participate in meetings “where my colleagues are discriminated against”.

According to his assessment, with such a decision, “the government is trying to interfere directly in the activities of civil society, which is absolutely unacceptable and inadmissible”. “This has nothing to do with the process that the European Union asks of us. This directly contradicts the recommendations of the European Union and essentially undermines this process,” Simonishvili added.

Simonishvili assessed ruling party’s decision to represent the “persecution” of ISFED and added that “it was and is necessary for ISFED to participate in this working group”.

According to United National Movement MP Roman Gotsiridze, not inviting ISFED to the meeting was a kind of “provocation” by Georgian Dream. “They will find an excuse against any non-governmental organization and if they don’t like their position, they will expel everyone from these groups so that they are left alone and do nothing,” he said. declared. saidand added that the ruling party will not even accept “cosmetic changes”.

Anna Buchukuri, member of the For Georgia party of former Prime Minister Giorgi Gakharia, said, “Unfortunately, Georgian Dream sometimes manages to use the actions and decisions of certain opposition parties for its own ends.” “And why should we give Georgian Dream an extra argument to use something for itself, I unfortunately don’t understand,” she added.

Paata Manjgaladze, Aghmashenebeli Strategy MP, believes that the decision of the ruling party not to invite an organization which is “an authority in the direction of the elections” “indicates the government’s intention to need a farce and not a real working process, while this is an illustration of it”.

“As the deadline for implementing the recommendations approaches, you will get more illustrations and pranks from Georgian Dream, that they will not take fundamental steps in any direction,” MP Manjgaladze added.

“The [Georgian] Dream just doesn’t want to seriously work on anything. It is a kind of prelude to bring the participants [of the working group] lose patience and radicalize them…”, said MP Girchi Iago Khvichia.

Citizen Deputy Levan Ioseliani Noted that ISFED has never expressed political demands and that the presence of someone at a rally, “is not a sufficient reason to prohibit such a large organization from attending meetings of electoral groups”.

Khatuna Samnidze, MP from the Republic Party affirmed that the ruling party’s refusal to invite ISFED is “proof that Georgian Dream does not intend the process to be inclusive, but intends to have only its own associates in the process and to make decisions according to one’s own one-party views”.

This position is also available in:
ქართული (Georgian) Русский (Russian)