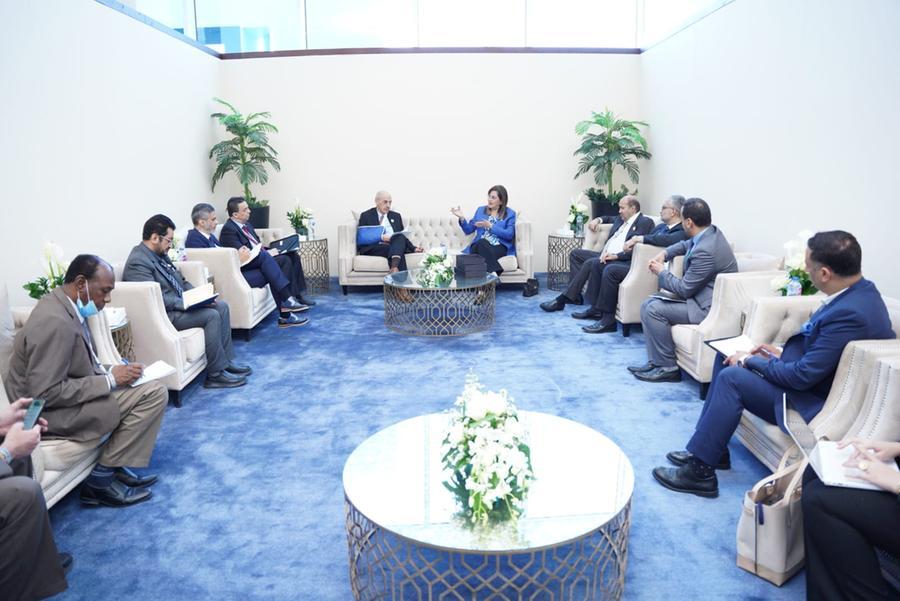 Sharm el-Sheikh: HE Dr. Hala El-Said, Egyptian Minister of Planning and Economic Development, who is also the current Chairman of the Board of Governors of the IDB; held a meeting with Dr. Muhammad Sulaiman Al Jasser, President of the IDB Group, to discuss the final arrangements for the annual meetings which started today in the city of Sharm el-Sheikh and are expected to continue until 4 June 2022, under the patronage of HE Egyptian President Abdel Fattah El-Sisi.

During the meeting, Dr. Hala El-Said highlighted Egypt’s concern for the success of the annual meetings and the interest of all Egyptian state agencies in providing all aspects of support to participants in the meeting.

“These meetings would be an opportunity to deepen relations among member states and expand areas of joint cooperation,” El-Said added.

In addition, El-Said also expressed Egypt’s interest in the success of the private sector business forum, which will take place during the IDB Annual Conference, and will include representatives from major businesses and the business world. business locally, regionally and globally.

This is in line with the Egyptian government’s goal of strengthening ties with the business sector, according to El-Said.

With this in mind, Dr. Muhammad Sulaiman Al Jasser thanked Egypt for hosting the IDB Annual Meeting and congratulated the organization for its excellent performance and the facilities provided to the participants.