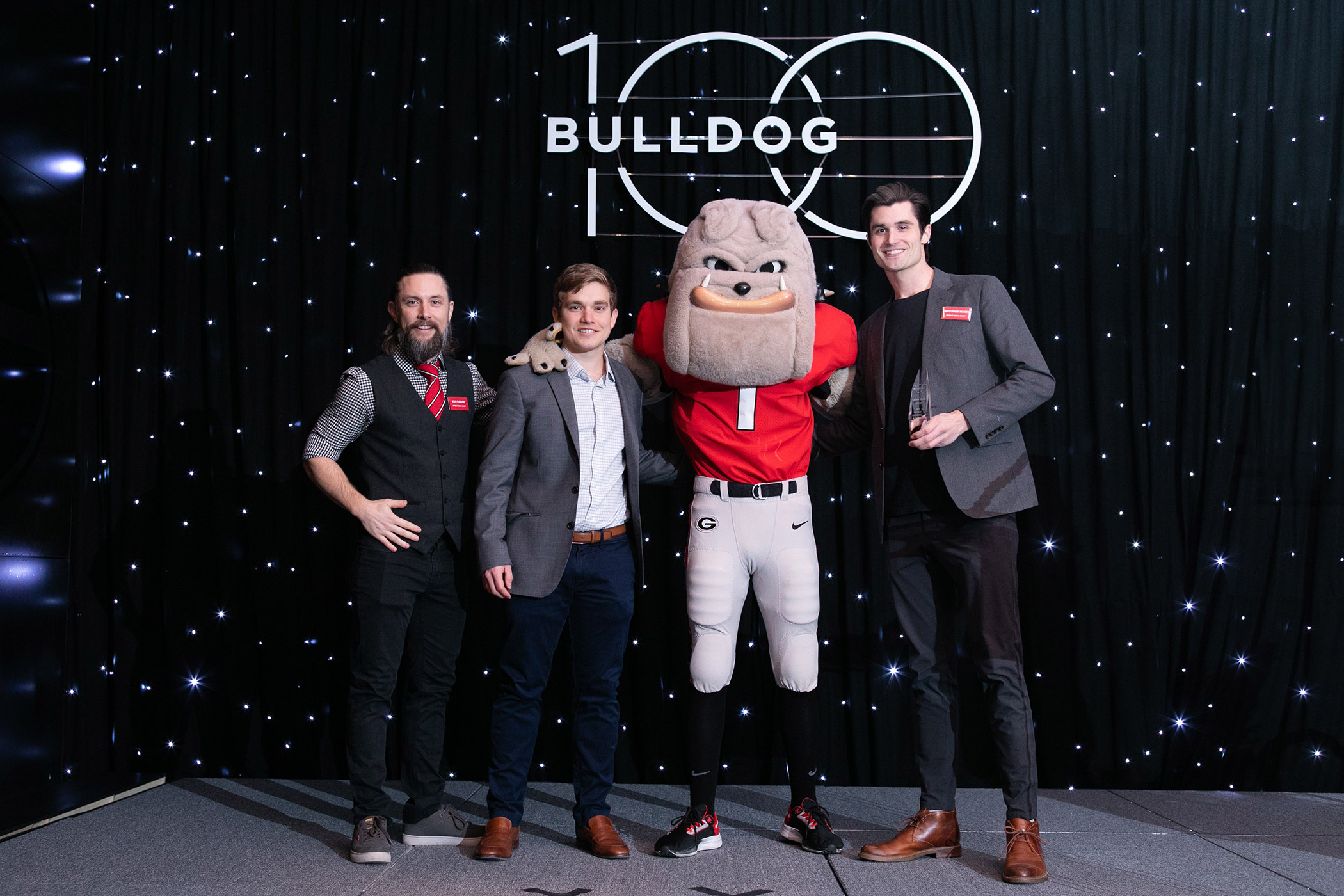 Atlanta-based Offbeat Media Group is a leading digital influencer and media company that owns, builds and markets the largest native social media network of virtual publishers and influencers. With over a billion subscribers, the concept was started by one of its co-founders when he was just a sophomore in high school. Thanks to investments from venture capitalists like Mark Cuban, this company’s clients are at the intersection of lifestyle, culture and entertainment. These clients include TikTok, McDonald’s, Twitch, Cameo, Netflix, Warner Music Group and more.

“We are the product of what young entrepreneurs can do here at UGA,” Ogden said. “I expect to see many more companies like ours being started by students who are currently in school because of the resources dedicated by the university. Our UGA mentors and programs like the New Media Institute and the Innovation District have been incredibly helpful.

Ogden continued, “If there’s one thing I can ask everyone to do, it’s to keep helping student entrepreneurs. That’s why we’re here today, because of the help we received at UGA.

“The 2022 Bulldog 100 recognizes the outstanding achievements of alumni, expands the networks of these business leaders and celebrates the spirit of innovation at UGA,” said Meredith Gurley Johnson, executive director of the UGA Alumni Association. “These graduates are leading the way in business, building better communities and caring about their ideas, innovations and people. We are proud to celebrate their successes.

Companies in the Bulldog 100 were ranked, regardless of size, by evaluating their three-year compound annual growth rates. The Atlanta office of Warren Averett CPA and Advisors—Bulldog 100 partner since the program began in 2009—verifies the information submitted by each company and determines the ranking. On average, companies on the 2022 Bulldog 100 grew 44% each year between 2019 and 2021.

Nominations were accepted from February through July 2021. UGA received 367 nominations for the 2022 Bulldog 100. Each organization must have been in business since 2018, have had revenues greater than $100,000 for calendar year 2019, and be owned or operated by a UGA alumnus who owns at least half of the business or is its CEO, president, or managing partner.

Bryan, co-founder and managing partner of Vino Venue and Atlanta Wine School in Dunwoody, Georgia, died in 2017 after a long battle with cancer. The award recognizes a returning Bulldog 100 winner whose business has not only experienced sustained growth, but also demonstrates the entrepreneurial spirit and commitment to UGA that was Bryan’s trademark.

Is San Antonio FloatMe a Safer Alternative to Payday Loans?