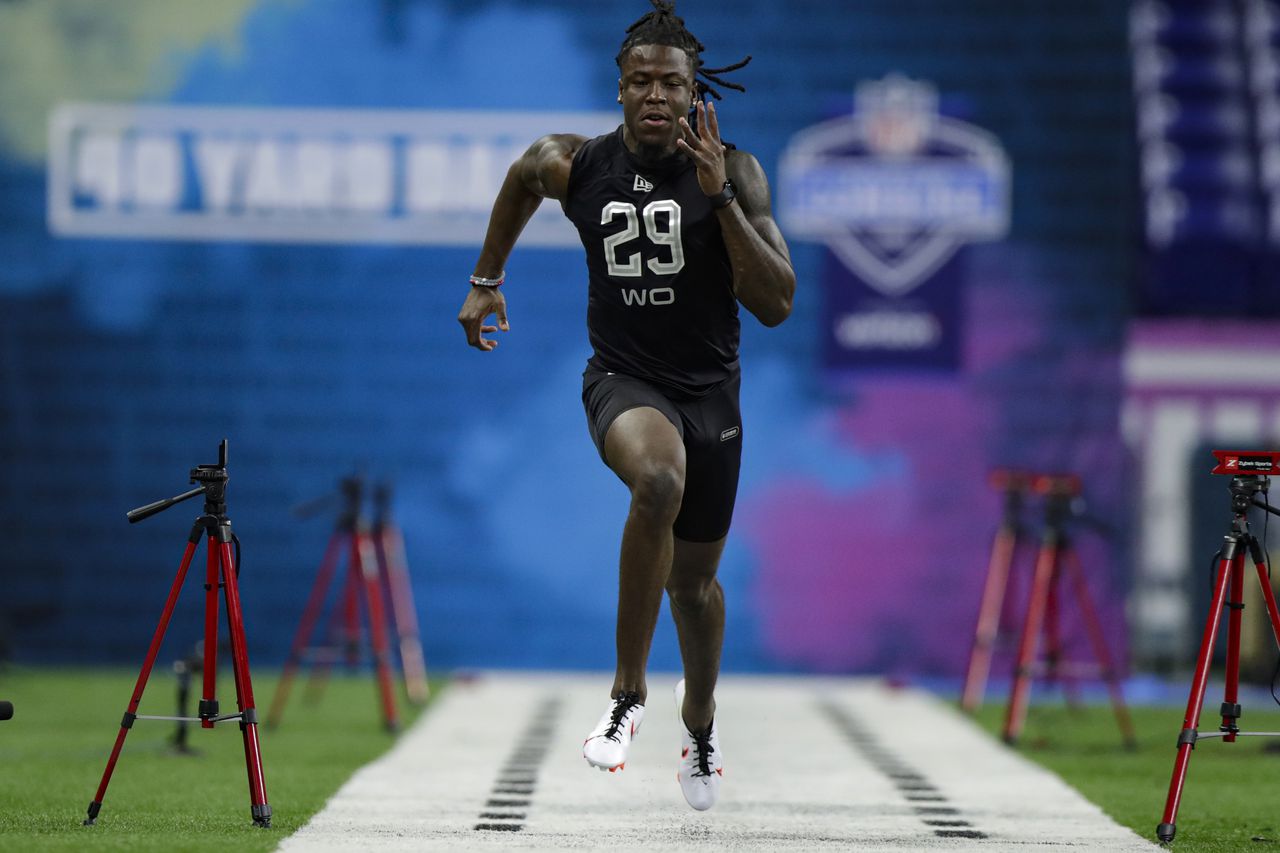 So much for that.

ESPN’s Adam Schefter reports that the NFL Scouting Combine is adjusting its COVID-19 protocol as talks of a possible boycott by dozens of prospects loom. The NFL had hoped to place the players in a bubble during their time in Indianapolis, Ind. But the plan has been changed, with a renewed emphasis on wearing masks.

“As has been the case throughout the pandemic, we continue to evolve our combined policies and procedures in consultation with medical experts. While masks continue to be mandatory for air travel and during medical examinations at the combine (players and medical personnel), wearing a mask at other times on site is recommended, but not mandatory. We encourage all players to stay in the safe areas of the combines at all times for your safety. However, if you wish to leave the secured areas during your free time in your schedule, you are now allowed to do so at your own risk.

Over the weekend, Pro Football Talks reported that “The NFL Scouting Combine informed draft prospects on Saturday that it will restrict entrants to ‘secure Combine sites while in Indianapolis for their protection’.”

NFL Network’s Tom Pelissero reported “The NFL Scouting Group has just informed draft prospects that they will be in a ‘bubble’ at secure locations next month in Indianapolis, with a few exceptions: ‘Players who violate this policy at any time will be disqualified from further participation and sent home. ‘”

On Sunday, NFL Network’s Ian Rapoport reports “The @NFLPA sent a letter to every agent weighing in on the NFL Scouting Combine’s current plans, expressing hope for “fair treatment.”

We have spoken to several agents to reinforce our longstanding opposition to the NFL Scouting Combine and accept and support the decisions of those not to attend. The combination of the “bubble” proposed by the NF and the fact that we still have an antiquated system where every team doctor examines players and plays them again requires serious modification or elimination. Although we do not represent these players, we have advocated for their rights to fair treatment.

Our union has always encouraged players to take control of their careers early on and we appreciate agents looking for ways to support this goal.

Report reported later Sunday that “agents representing more than 150 potential drafts are organizing a boycott of all testing, field workouts and interviews at next month’s NFL scouting meeting if heavy ‘bubble’ restrictions don’t are not changed, sources and @TomPelissero tell me.

“Unless the NFL and the cartel agree to relax these restrictions – allowing players access to their full staff of coaches, trainers, ATC et al. like in previous years — many top prospects won’t be doing medical evaluations until next month in Indianapolis.

Early Monday, Schetter reported “Agents are on the same page asking the Combine to de-bubble, giving players full access to their physiotherapy and performance teams. Additionally, they are asking for a change to the bench press testing schedule in a throwback to all previous years.

“Agents are NOT threatening to boycott, but rather are considering mass advising players to suspend practices until pro day. They will still encourage players to participate in medicals, interviews and physicals without Clubs have privately expressed that they are fine with players not training at the Combine, and are more interested in seeing players put their best foot forward.

After the Combine, all eyes will be on the 2022 NFL Draft, which is set to begin Thursday, April 28 in Las Vegas, Nevada.

Thank you for relying on us to deliver journalism you can trust. Please consider supporting us with a subscription.

Mike Rosenstein can be reached at [email protected].

Group of Tampa veterans to begin evacuating Americans from Ukraine