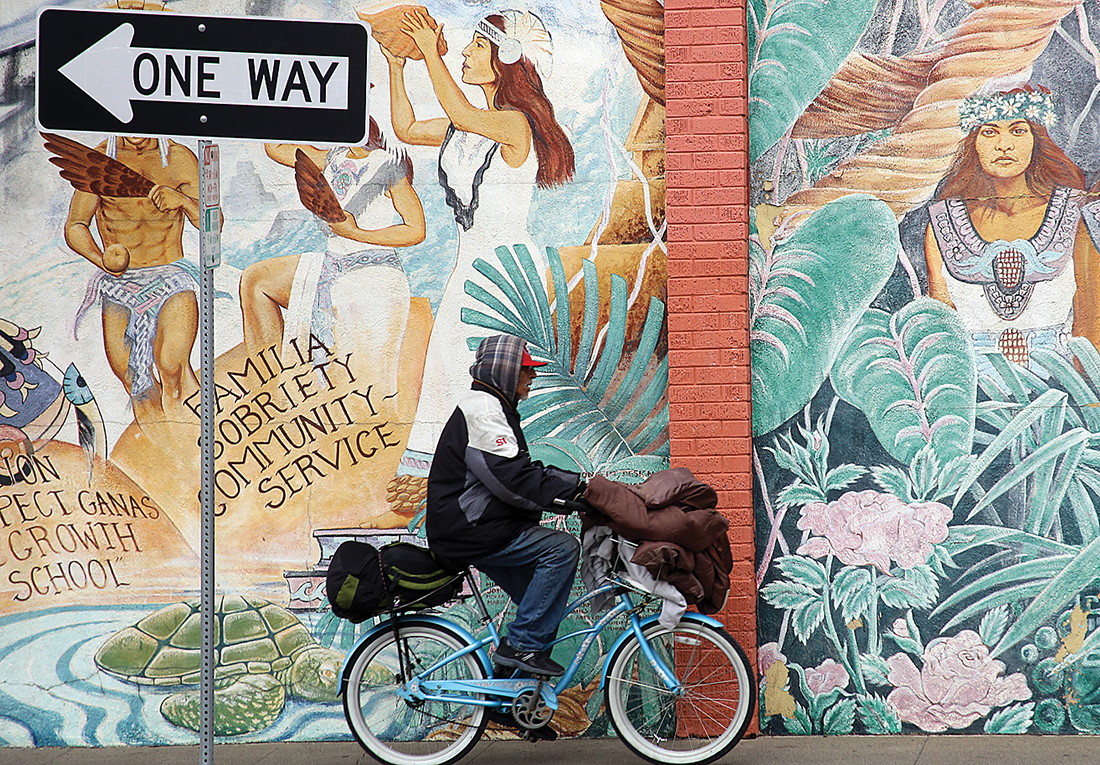 WATSONVILLE—Watsonville City Council has approved a new levy for developers that it hopes will spark an arts renaissance in a city that has struggled for decades to find funding and space for the arts.

If approved at an upcoming second reading, the fees will require developers, both commercial and residential, to pay 0.75% of their total estimated construction costs, with a cap of $75,000. Proceeds will go into a cultural fund that the city will use to create a public art master plan that will serve as a roadmap for Watsonville artists to follow in the years to come.

City Council unanimously approved the fee after making significant changes to the original staff recommendation to implement a 0.25% fee with the option for developers to opt out by creating their own artwork public art, by donating artwork or incorporating a cultural installation into their projects.

Garcia first decided to raise the fee to 1.5% after finding that other local jurisdictions, such as Capitola, were charging developers 2% to fund public art projects. Additionally, the city’s Parks and Recreation Commission has recommended that the fee be set at 1.5%. But after hearing community development department director Suzi Merriam say the fee would create a onerous hurdle for developers, Garcia cut her proposal in half.

City Attorney Samantha Zutler added a stipulation to council’s final motion, saying Tuesday’s decision will depend on whether changes to the original ordinance are legally valid and the increased percentage goes to trial. feasible by city staff.

More than three dozen people, many with deep roots in the Pajaro Valley arts community, have spoken out in favor of the levy, saying public investment in the arts is lagging behind.

“As performing arts organizations, as individual artists, we’ve all had to fight for the same pot of money and we’ve all had to scratch the barrel as much as we can to survive,” said Alex Santana, originally from Watsonville, a visual artist and performer. “We have very limited funding and very limited resource opportunities.”

Gabriel Barraza and his family, including his two children dressed in Folklorico clothing, said the art fee would help the city overcome several economic barriers that many families face when trying to expose their children to the arts.

“Supporting the arts is crucial for so many people because it’s a way for them to express themselves,” Barraza said. “There has been, historically, a concentration of art in the hands of people who can afford to do it. For many people, art is a commodity. But it is not a commodity. is an expression of the human spirit.

A handful of speakers became emotional during their comments as they reflected on the impact of the art on them. This included Watsonville Film Festival executive director Consuelo Alba-Speyer, who this year brought the famed local film festival back to an in-person format for its 10th anniversary – it moved to a virtual format in the past two years due to the pandemic.

“I’m moved because there has been so little support from the city to do this amazing work for generations, and despite that, here we celebrate this beautiful community and all of their wonderful contributions,” Alba said. “It’s a very, very exciting opportunity… It’s the best investment the city can make in its community.

The fee is part of Phase 2 of the city’s public art program. The first phase, approved by council in 2019, established a community-initiated approvals process for public art that has been implemented multiple times over the past three years. The second phase covers art financed, entirely or partially, by the city.

Tuesday’s approval also included the creation of a public art advisory committee appointed by the parks commission and approved by the city council.

Council also reviewed closed-door documents from Pajaro Valley Arts regarding the purchase of the historic Porter Building on Main Street downtown. Zutler said there was nothing to report outside the closed session.

PV Arts said it hopes to transform the Porter Building into a haven for artists by creating gallery exhibits, an art retail space and a multi-purpose hall for performances, meetings, events, workshops and additional special exhibits.