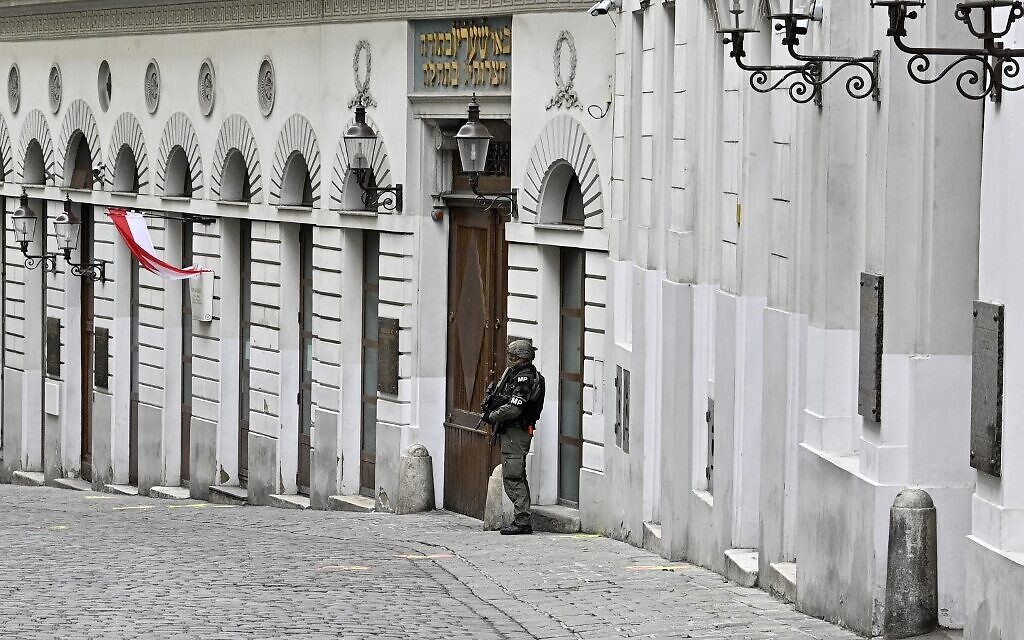 The statistics, compiled by the Jewish Community of Vienna, recorded 965 incidents in 2021 – the highest number since the organization began documenting them 20 years ago. This figure represents a 65% increase over the previous year, when 585 incidents were recorded.

Of the incidents reported in 2021 in the Alpine nation of 8.9 million, the majority – around 60% – were accounts of “abusive behavior”, including comments and messages in person and online. The second largest category, which accounted for 27% of total incidents, was mass mailings and literature containing anti-Semitic messages and stereotypes.

About 1% of total incidents involved assaults or attempted assaults, 2.5% threats and 10% damage and desecration.

By far the largest proportion of incidents – 461, or 48% of total incidents – could be attributed to people supporting right-wing, far-right and neo-Nazi movements. About 15% came from left-wing individuals and 11% from Muslims. A quarter of the incidents could not be attributed to a particular demographic group.

Demonstrators hold a sign with a crossed out swastika during a rally one year after the formation of a government by the conservative parties Oevp – FPOe on December 15, 2018 in Vienna. (ALEX HALADA/AFP)

Most of the incidents included in the report involved long-recognized forms of anti-Semitism, such as Holocaust revisionism, Israel-related commentary and anti-Semitic conspiracy theories.

However, coronavirus-related anti-Semitism – such as comparing the treatment of people who refused to get vaccinated or wear a mask to that of Jews under the Nazis – accounted for 28% of all recorded incidents in 2021.

You are a dedicated reader

We’re really glad you read X Articles from The Times of Israel over the past month.

That’s why we started The Times of Israel ten years ago – to provide discerning readers like you with must-read coverage of Israel and the Jewish world.

So now we have a request. Unlike other media, we don’t have a paywall in place. But since the journalism we do is expensive, we invite readers to whom The Times of Israel has become important to help support our work by joining The Times of Israel community.

For just $6 a month, you can help support our quality journalism while benefiting from The Times of Israel WITHOUT ADVERTISINGas well as access Exclusive content only available to members of the Times of Israel community.

Thanks,
David Horovitz, founding editor of The Times of Israel

Already a member? Log in to stop seeing this

Why eCommerce Companies Need to Rethink Their Distribution Strategy