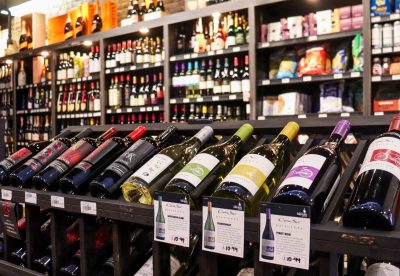 Question 3 of the 2022 ballot in Massachusetts will focus on liquor licensing and liquor store regulations, increasing the limit on the total number of liquor licenses per retailer, but also specifically capping the number of licenses of “fully alcoholic beverages”.

The limit on the total number of alcohol licenses would gradually increase from nine to 18 in 2031. Retailers would be limited to seven “all alcohol licenses”, unless they already have more.

Robert Mellion, executive director of the Massachusetts Package Association, the organization that filed Question 3, said voting yes on the question would provide “convenience, but do so safely.”

“The goal of Question 3 was to address the consumer’s desire for convenience, but to do so safely in a way that protects local businesses and the communities they serve,” Mellion said.

“We’ve seen local stores across the state headquartered in Massachusetts, they evaporate, they go,” Mellion said.

Ryan Kearney, general counsel for the Retailers Association of Massachusetts, an organization that opposes Question 3 but does not actively campaign against it, said the bill is just a “protectionist measure” and that access to alcohol “will remain unchanged”.

“It will slightly increase availability in Massachusetts…we are focused on real reform of the licensing structure,” he said. “I don’t know if there will be such a big impact based on this proposal.”

Additionally, if passed, the ballot issue would allow retailers to accept out-of-state licenses as identification and ban self-checkout for alcoholic beverages.

Mellion and Kearney said allowing the use of out-of-state licenses as forms of identification was a “solution” and a “protection,” respectively. However, Kearney said self-service sales are already being monitored.

“The idea that these people aren’t meeting the requirements to make sure people who aren’t buying from underage people or selling to people who are intoxicated,” Kearney said. “We think that’s a bit of an alarmist concern.”

Ballot Question 3 would also change the way Liquor Control Board fines are assessed, now being based on total retail sales rather than just liquor sales.

“I’ve heard from a number of speakers that they plan to revisit this next session,” Kearney said. “It remains to be seen whether or not the way this voting question is formed or drafted as to whether or not it will be excluded from the next ballot.”

“They can spin it however they want with the public, but it’s the same with the law,” Mellion said. “So I want this case to go to court because I think we’re going to win.”