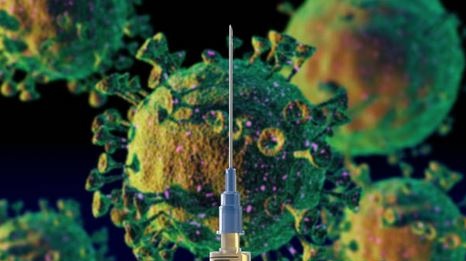 Bringing in vaccine passes to allow the company to reopen was a reasonable and proportionate thing to do given the prevailing circumstances and the danger of widespread restriction of society and commerce without them.

The problem with them is that now there doesn’t seem to be an exit strategy. Companies risk becoming the long-term enforcers of a measure that is clearly subject to the law of diminishing returns.

The Dáil approved Wednesday evening until next March the extension of the emergency laws that underpin the use of the European Union’s Covid certificate for access to indoor hotels, events and gymnasiums. It is possible, under the latest bill, for the regime to be extended beyond March for a further period of three months.

And now what? What will have fundamentally changed in the profile of the virus and the medical interventions available to stem its tide by the start of next summer that would then allow the system to shut down?

Could the game changer be the future version of new anti-variant vaccines to tame Omicron? But then surely there would be a desire for people to prove they had the new Omicron vaccine booster, and new clamor to expand the vaccine pass system again.

Repeat for the next variant, then the next and, inevitably, the next … It could become a self-sustaining loop, an endless timer of a restriction that lasts as long as there is the slightest clue. . threat of any new variant of Covid. If it lasts that long, the structure of the system could survive the threat of the virus itself.

It is a danger against which we must stay alive. The vaccine runs have to end someday, and we should start thinking now about what the end might look like.

It would be remiss to lightly sleepwalking in a situation where the vaccine could, if society becomes too comfortable with it, become a semi-permanent feature of daily life. This is not the reason the vaccine pass system was originally introduced, and it would not be a good thing for Irish society if it persisted for too long.

As a long-term measure, this would pose a risk to our long-standing stocks. They still matter even if you can justify hanging them temporarily here or there. Finally, you have to stop doing this. It should be the norm to question our own received thinking on such matters, otherwise they risk becoming shibboleths.

The initial usefulness of the vaccine pass system was a means of reopening closed parts of the economy, and also a fairly blatant tool of soft coercion to make the hesitant to accept the vaccine offer.

There is a reasonable argument to be made that such soft coercion to achieve a collective public health goal is justifiable in a crisis situation as long as it avoids denying people access to the basics of life, such as work, education and health care.

And also as long as the measure has a shelf life linked to the achievement of these specific public health objectives.

But that should never be accepted as a new normal, something to be left in place unconditionally until no one knows when.

Once you get up to 93% vaccine coverage for adults, like Ireland did, and public health authorities start shutting down parts of the economy again due to a partially vaccinated variant , the practical utility of the immunization pass system is beginning to decline. as a 91-day Pfizer shot.

An immunization rate of 93 percent is basically the equivalent of 5 percent of the unemployed corresponding to “full employment”. At this point, once you’re stuck on a number, the vaccine pass clearly has little real practical effect in convincing people to get bitten.

The minute the system ceases to be of practically any benefit and begins to look like a way to channel resentment towards people who have chosen not to get the vaccine in the first place, then we have to seriously ask ourselves what are we doing here. and why.

I am firmly among the majority of people in this state who think it is a foolish decision by anyone who chooses not to be vaccinated without a compelling medical reason such as an allergy or a material risk of reaction.

Most people who say they refuse the vaccine because they are worried about the impact on their health are not entirely honest – they do so out of stubbornness because Covid is clearly a greater risk to their health. I can’t prove in court that’s their motivation, but that’s what my mind tells me, nine out of 10 times.

To refuse a vaccine as an act of defiance in a boring culture war is earthy, selfish and youthful. I believe that is also gross stupidity. But at the end of the day, I have to accept that people have a right to make decisions that I think are stupid.

Importantly, they also have as much right as I have to participate normally in society for the long haul once we are past acute crisis mode and do the best we can. The status quo on passes cannot be permanent.

It is imperative that the government devote serious time and effort to developing a credible strategy on how the vaccine transit system, as a prerequisite for engaging in day-to-day commerce, can possibly be interrupted.

There is no point in ministers expressing their regret and promising that they will end the pass system “soon” if they have no idea how it could be achieved. Are we going to keep the pass system for years? Because unless we seriously think about an alternative, this is where we are headed by default.

There is another fly in the ointment. We have based our entire vaccination card system on the EU Covid certificate, which was designed by the European Commission. The committee now wants the certificates to expire automatically nine months after each shot.

This suggests that the system will be deployed in a robust manner by European authorities to bring citizens back repeatedly for booster injections for as long as the virus persists. This might make sense to public health physicians, but it’s also a huge dose of mission drift when you compare it to the arguments put forward for the certificate’s initial introduction.

It should not be overlooked that the European position is now much more intransigent than that expressed so far by our own government, although it has cleverly hinted that it is going in this direction – we will hardly accept certificates. disabled Europeans in this country.

But Ireland must be careful not to be led by the nose on these issues by the European Commission. This is the same organization whose leader Ursula Von Der Leyen recently expressed her support for compulsory vaccination for everyone. It really must be a red line.

Stu Cowan: Gorton gets to the heart of Habs woes – player development

The Case for an Enterprise-Wide QR Code Strategy