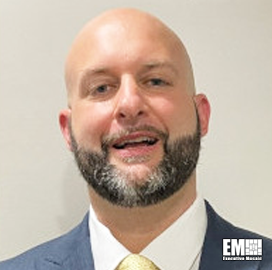 In his new role, Forti will leverage his time working for federal organizations such as the U.S. Department of Treasury and General Services Administration, as well as various notable private sector public contractorsthe Reston, Va.-based company said Wednesday.

CEO and President of Amyx Guillaume Schaefer attested that Forti’s professional expertise is in line with Amyx’s expansion objectives. Schaefer added that the company’s business processes, partner dynamics and various contract work will be boosted by the newly hired executive’s proficiency in operations, information technology management and various accomplishments.

Forti cut his teeth as an IT project manager for Lockheed Martin, Caliber and Honeywell, working on projects spanning IT, logistics and medicine. Additionally, the executive spent time in the office of the DOD Chief Information Officer as a contracted program manager.

In his last position before joining Amyx, Forti administered enterprise IT platforms at the Treasury Department which impacted the various departmental offices and the remaining nine offices. Specifically, he optimized online taxpayer portals to the Internal Revenue Service based on the GSA.

Forti’s work with government extended to his tenure as a federal program manager facilitating a $1.2 billion Logical Access and CDM II portfolio. In this role, he maintained network access for approximately 110,000 federal employees, as well as numerous commercial entities and more than 144 million citizens.

The executive is also a U.S. Air Force veteran and is believed to have been instrumental in enforcing the child tax credit aspect of the American Rescue Plan Act.