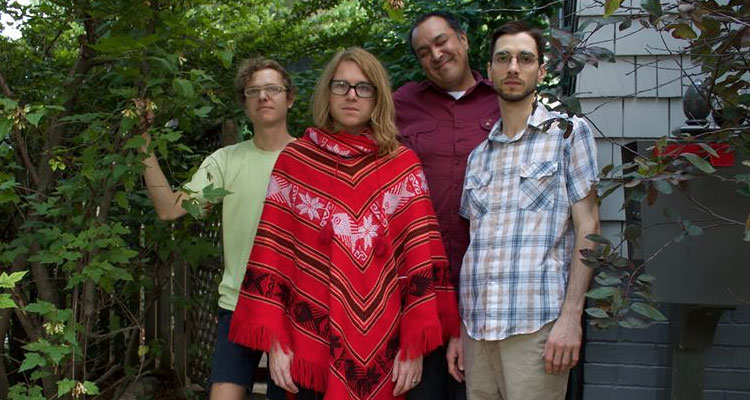 When we think of 21st century psyche music, we tend to think of heavy rock and loaded with effects. But there is another side of the modern psyche – a softer, more melodic side that trades the swirling dervishes of noise for baroque instrumentation and lyrical soaring. For three years, Milwaukee’s Ravi / Lola has represented this latter side with great effect. The group’s 2015 album, II: Ravi’s tramadol, was a collection of 20 titles by childish psychedelia and clever pop crafts. Now Ravi / Lola is releasing a teaser for her follow-up recording, Reshape the shoulders, with an enigmatic video for the equally enigmatic “Organization Structure“.

Filmed and edited by Aaron Bradley, the video shows Ravi / Lola frontman Casey Seymour walking through a dark house by candlelight to discover the mysterious faces of bandmates Nick Wieczorkowski, Anton Sieger, Robert Thomas (speaking in a hand-held shower head, natch), and much himself. An outdoor interlude interrupts the nocturnal research and highlights the subtle vibe of Wes Anderson from the clip.

Ravi / Lola will celebrate the release of Reshape the shoulders Friday June 2 at Company Brewing. Phylums and Blue Unit will play in support. Prior to that, the band will perform at the Milwaukee Psych Fest Saturday May 13 at Company Brewing.