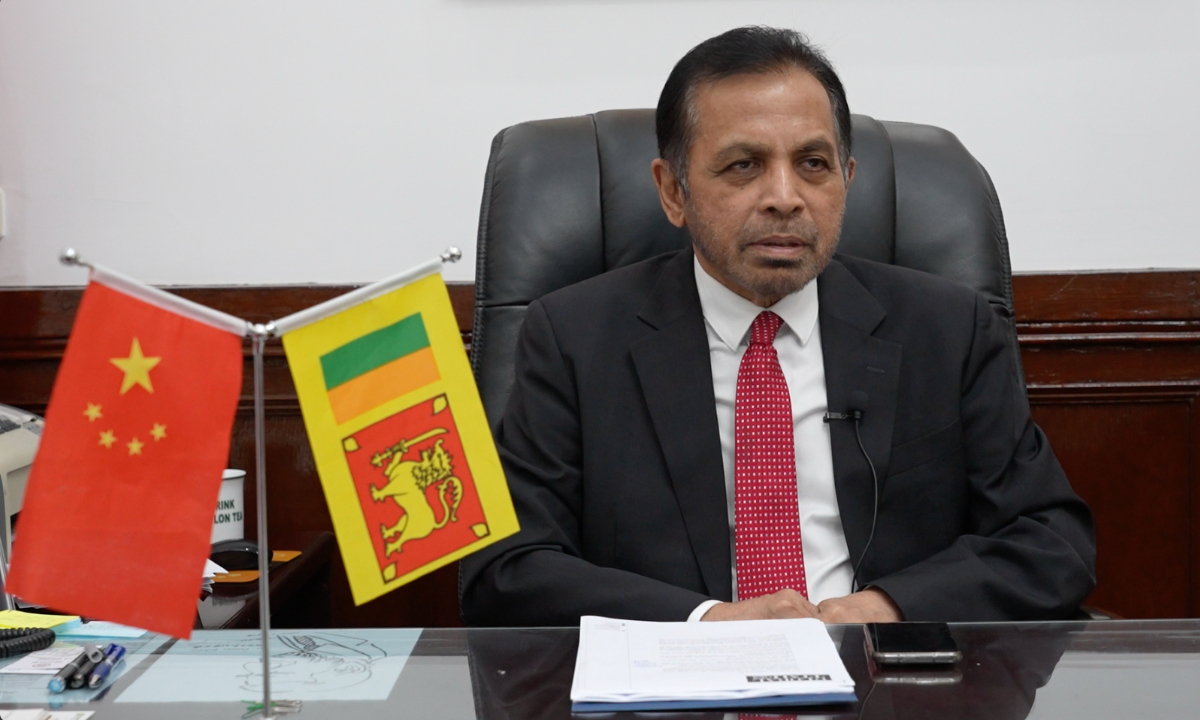 Sri Lanka has not reached an initial agreement with the IMF on debt relief, and its major creditors – the Asian Development Bank (ADB) and the World Bank – are being asked to come up with a package of measures that would speed up its debt restructuring process, Sri Lanka’s Ambassador to China, Palitha Kohona, told the Global Times in an exclusive interview on Friday, while calling for more help from partners after the country Debt-ridden declared bankruptcy and imposed a state of emergency amid growing protests and continuing shortages of basic necessities.

“The IMF visited Sri Lanka at the end of last month, and judging by the reports we have received, official discussions have been very satisfactory. We have appointed a team of legal advisers in London and a team experts who understand the West’s debt restructuring,” Kohona said. But he noted that discussions with the IMF are only at a preliminary stage, and once the new government is installed, there will be new arrangements for the next meeting with the IMF.

Kohona said he hoped the terms and conditions attached to the IMF package would not be “onerous”.

“It is inevitable that every time the IMF comes we will have to tighten our belts, but in some cases it is difficult because the belt is already on the last notch. We fear that the IMF will insist that we reduce our Another area the IMF recommends cutting could be another area that the IMF recommends cutting back on is the education system that is free from first year through college, which could add to the turmoil,” Kohona explained.

Sri Lanka’s main creditors are international financial organizations such as the World Bank and AfDB, and a substantial amount is also owed to other Western institutional investors, such as Wall Street. While calling on these organizations to play a bigger role, Kohona also hopes more bilateral partners will provide more assistance to help the country overcome its difficulties.

China and Japan each held around 10% of Sri Lanka’s debt. Kohona revealed that about $1 billion of Sri Lanka’s $7 billion external debt this year is owed to China.

Chinese Foreign Ministry spokesman Wang Wenbin told a press briefing on Friday that Chinese financial institutions actively approached and negotiated with Sri Lanka after the country halted debt repayments, expressing its willingness to properly settle the overdue debts owed to China and to help it overcome the difficulties.

“China stands ready to work with relevant countries and international financial institutions to continue to play a positive role in supporting Sri Lanka’s response to current difficulties and efforts to ease the debt burden and achieve sustainable development. “Wang said, adding that as a friend and neighbor, China has provided assistance for its socio-economic development to the best of its ability.

There have been large-scale protests against the government over the severe material and energy shortages Sri Lanka is facing, Kohona noted. Sri Lanka faces a shortage of cooking oil, fertilizer, medicine and even food stocks, which poses a huge challenge to basic household cooking, transport, medical needs and food preparation. the next growing season.

Kohona noted that there are still protests in Sri Lanka against Wickremesinghe, and he does not know if the interim president will continue in the post any longer. “It is very unsatisfactory, because the direction of the country is suddenly in question. We therefore hope that the constitutional provisions will be respected and that elections must be held within a fixed period to elect a new president,” he said. declared.

Kohona said he was confident that “whatever government is in power, it will maintain excellent relations with China.”

“China is Sri Lanka’s biggest trading and investing partner, we have a strategic partnership between the two countries, whoever takes over the government after an election will maintain the trust of the Chinese government as well as the goodwill of the Chinese people,” he noted.

In recent years, Chinese-invested projects under the Belt and Road Initiative (BRI), such as Hambantota Port, have greatly improved the livelihoods of local people and propelled the growth of the country.

On Thursday, the Chinese Embassy in Sri Lanka held a video conference with Chinese companies in Sri Lanka, guiding them on how to strengthen security work and deal with demonstration and security events. Kohona said there was no threat to Chinese projects or Chinese personnel in Sri Lanka.

“BIS investments are essential in the Sri Lankan economy after the situation stabilizes. They have not only brought in foreign currency but also generated jobs,” he said, adding that the embassy was encouraging a number of Chinese renewable energy companies to establish projects in Sri Lanka.