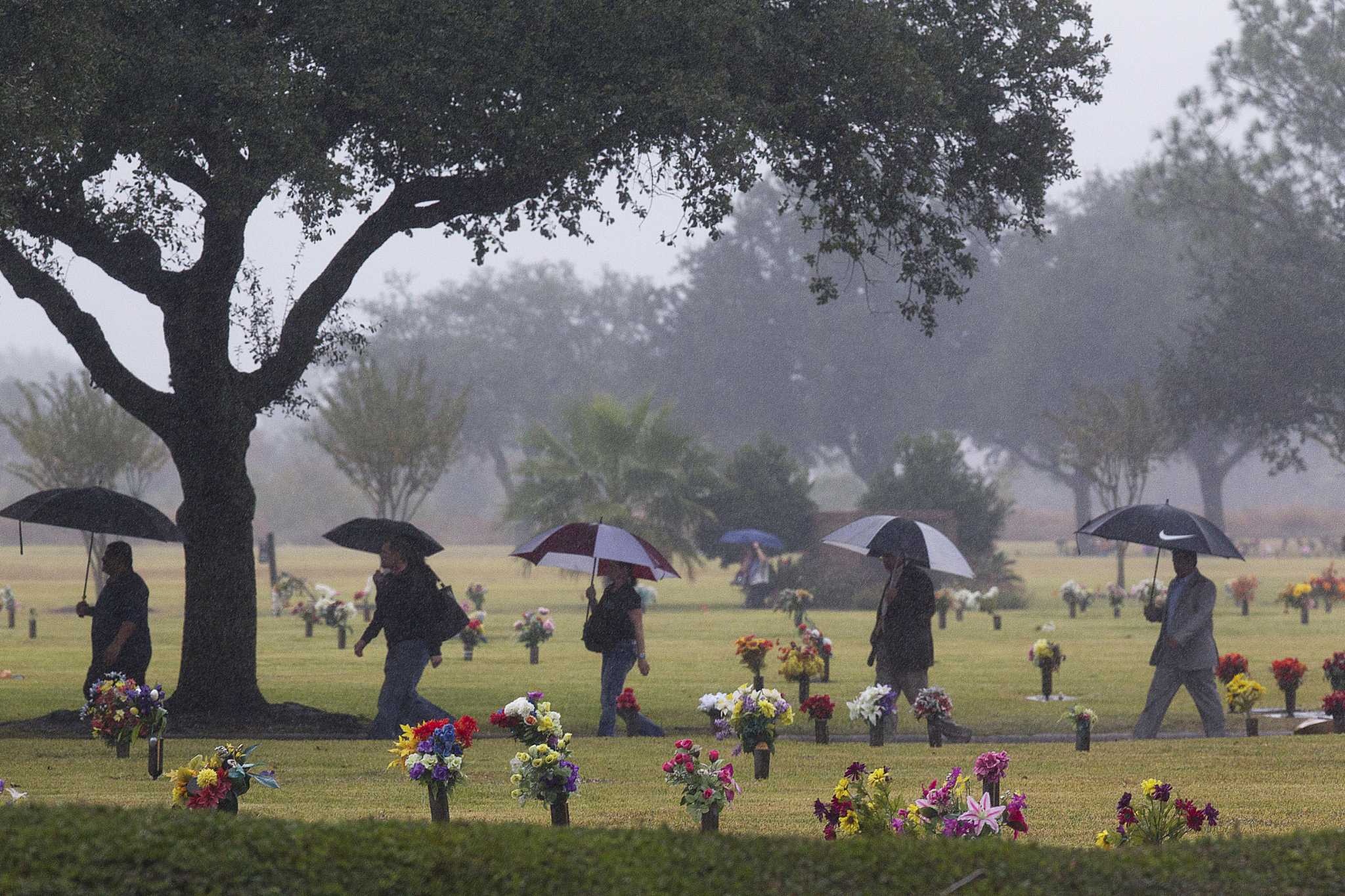 The DuPont company and a former employee pleaded not guilty on Tuesday to allegations they ignored federal regulations and company policy, resulting in the deaths of four workers exposed to a massive release of a toxic chemical.

Kenneth Sandel, 49, and IE du Pont de Nemours and Company Inc. are accused of knowingly ignoring mandatory safety rules that would have prevented the 2014 incident at the company’s La Porte site. Sandel, who ran the plant’s insecticides business unit, appeared via video from his Friendswood garage before U.S. investigating magistrate Frances Stacy following an indictment on January 7. A team of corporate defense attorneys was also present.

The federal magistrate released Sandel on unsecured bail pending trial and ordered him to surrender his passport and stay in the United States. He and the company are charged with negligent release of extremely hazardous substances and failing to implement safe work practices and written procedures and to avoid accidental releases.

Sandel was tasked with ensuring that workers at this insecticide unit, which made pesticides used on fruits and other crops, complied with federal safety regulations, according to court documents.

A 2019 Chemical Safety Board report on the incident said the facility’s incinerator was poorly designed, resulting in frequent fluid build-up. The CSB report and indictment on Tuesday say workers are regularly asked to drain the liquid from the pipes inside the facility without specifically addressing the risks involved. The problem had existed for years before the fatal incident, according to the two documents.

Investigators say that the day and night before the fatal incident, engineers at Sandel and DuPont hatched a plan to divert a large volume of methyl mercaptan gas into a vent pipe system, after a blockage formed due to the cold. When Crystle workers Wise and Wade Baker attempted to drain the pipe as usual, they unknowingly released a massive amount of toxic chemical into the air, killing Baker immediately and killing Wise after she managed to to call for help. Robert Tisnado was killed while trying to save Baker and Wise. His brother Gilbert Tisnado was killed while trying to save Robert.

The company and Sandel have pleaded not guilty to the charges, which is standard practice at arraignment hearings. Stacy has set the trial for March 29 before the Chief Justice of the United States, Lee H. Rosenthal.

Prosecutors said Sandel knew what would happen if he didn’t tell workers how to prevent the accidental release and didn’t warn them.

Sandel’s lawyers said in a statement their client was “absolutely innocent and we are confident a jury will agree.” Criminalizing their client will only compound the tragedy of what happened, lawyers Amy Craig and Miles Ehrlich said.

“Six years ago, Ken Sandel lost four dear colleagues and friends in a tragic and unforeseen accident,” the statement read. “Ken didn’t cause this accident and he didn’t do anything wrong.”

Gregg Schmidt, a spokesperson for Corteva, the parent company of EI du Pont de Nemours and Company, said in a statement that the company deeply regrets the events at the La Porte plant.

“We will never forget the colleagues we have lost and will continue to honor their memory,” he said.

Schmidt said the company strongly disagreed with the “basis of the South Texas District Attorney’s Office’s decision to lay criminal charges,” adding that it “would vigorously challenge the charges.”

It is rare to see federal criminal charges laid for Clean Air Act violations. There have been fewer than 20 such cases per year over the past five fiscal years. It is also unusual to see such a case more than six years after the incident.

“The Texas City refinery explosion in 2005 resulted in a settlement with BP three years later,” said Luke Metzger, executive director of Environment Texas. “It’s a much higher legal threshold for laying criminal charges, but it seems to be long enough. “

The charges stem from the November 2014 incident at the La Porte plant where 24,000 pounds of methyl mercaptan, a highly toxic and flammable gas, was released.

On HoustonChronicle.com: In the tower

DuPont, a global chemicals manufacturer based in Delaware, previously owned the La Porte facility which was the site of one of the deadliest accidents in years. The plant’s insecticide unit has since been demolished.

John Morawetz remembers the details of the case years later. He is the health and safety representative to the International Chemical Workers Union Council.

“It was very predictable,” said Morawetz, who is retiring at the end of the month after 32 years with the union. “It was a horrible situation that should never have happened.”

The unit manufactured Lannate and Vydate, which brought the company an annual net income of about $ 123 million in 2014, according to court documents. Following other such fatal incidents, the Environmental Protection Agency put protections in place through the 1990 amendments to the Clean Air Act, which were designed to prevent the release of dangerous chemicals.

Rock Owens was the county’s special assistant attorney for environmental affairs until his retirement in October. He fined DuPont $ 25,000 for his role in the incident.

“DuPont was a business that really pissed me off,” Owens said. “Here you have a company like DuPont that sells their safety program around the world, and then something like that happens here. These poor guys were told to ignore gas warning warnings. Some of them didn’t work. There was no security plan if something like this happened.

“We were very lucky that we didn’t have people killed offsite because of it,” Owens said. “The temperature conditions that helped cause it probably helped us avoid these offsite fatalities. “

The fatal DuPont incident came a year after the West Fertilizer explosion killed 15 people. Three years after West, the Obama administration introduced new rules in response to prevent and reduce the impact of chemical incidents.

The new regulations required companies to perform root cause analysis after incidents, use third-party audits, and improve public transparency. Companies were tasked with studying whether they could use safer technology or less hazardous chemicals to reduce the risk of damage in the event of an incident. It was not necessary to make any changes based on these studies.

On HoustonChronicle.com: Cancellation of the catastrophe rule

Under the Trump administration, an industry coalition called on the EPA to reconsider what was known as the Chemical Disaster Rule. The rules were suspended, and Trump officials argued in court that they needed more time to consider industry objections. The DC Circuit Court of Appeals rejected the argument, saying the EPA had to come up with new rules or change existing rules, and could not suspend the rules indefinitely.

In November 2019, the EPA finalized its rule changes, which reversed the changes made after West. The agency said removing incident prevention regulations would save Americans “about $ 88 million a year.”

As a candidate, President-elect Joe Biden has opposed rescinding the chemical disasters rule, but it is unclear whether he will attempt to reintroduce the regulations or push for something new.

The Houston area is home to more than 2,500 chemical facilities.

A 2015 Houston Chronicle investigation found that there was a major chemical incident in the greater Houston area every six weeks. There have been several incidents in the Houston area since the fatal DuPont incident.

In the aftermath of Hurricane Harvey, a series of large chemical fires broke out at the Arkema plant in Crosby. Company officials were charged and then acquitted of the fire. In 2019, an explosion at the KMCO chemical plant in Crosby killed a worker. Also in 2019, a series of major chemical leaks and fires at Exxon Mobil’s Baytown facility subsequently led Harris County to sue the company for violating environmental regulations.