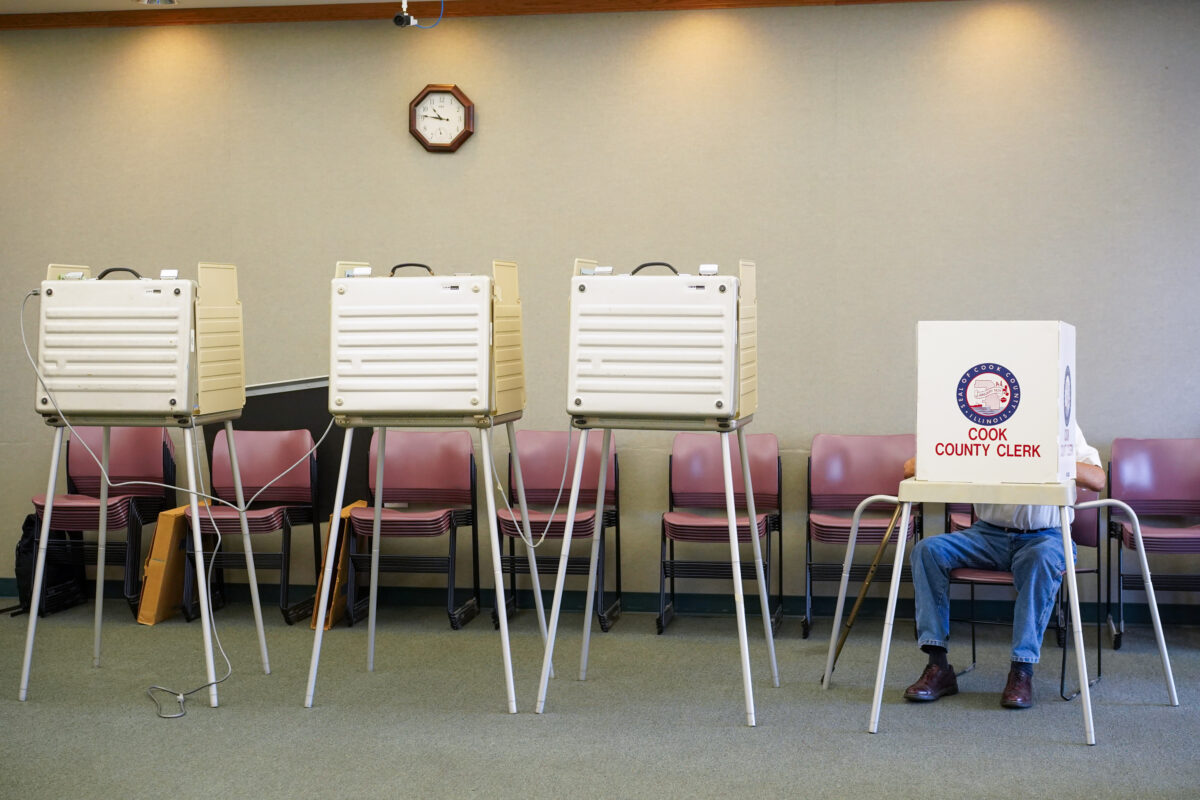 You shouldn’t be able to vote after you die.

When a person moves or dies, they must be removed from the list of registered voters so that their name cannot be used to vote. In fact, the National Voter Registration Act of 1993 (NVRA) requires states to make a reasonable effort to remove ineligible persons from voter rolls.

It is usually managed at the county or state level, but today 33 states and Washington, DC, outsource parts of this task to the Electronic Registration Information Center (ERIC).

According to a new report Per Verity Vote, ERIC, which calls itself non-partisan, is actually tied to left-leaning supporters and engages in a host of troubling practices that could influence elections across the country.

Verity Vote is a group of citizen volunteers with professional data research and investigative experience who examine the integrity of elections across the country.

Many states use ERIC

In a July 13 letter, Louisiana Secretary of State Kyle Ardoin announced that the state was officially dropping its ERIC membership. This follows a January press release in which Ardoin announced that Louisiana was suspending its participation in the voter registration agreement, “effective immediately,” citing concerns about questionable funding sources and the possibility that partisan actors gain access to ERIC data for political purposes, which could undermine voter confidence. .

The Epoch Times has reached out to ERIC and a related organization, the Center for Election Integrity and Research (CEIR), for comment. None of these non-profit organizations responded.

David Becker is the director and founder of CEIR. He also founded and is still a member of the board of directors of ERIC. Becker did not respond to a request for comment.

According to its website, “CEIR’s mission is to restore confidence in the American electoral system and to promote electoral procedures that encourage participation and ensure the integrity and security of elections.”

But CEIR leans to the left with its claim dismissing the election integrity concerns of many Republicans over the 2020 election, saying, “The 2020 general election was the most secure in American history.” He calls claims that the 2020 election was fraudulent, “The Big Lie,” and the CEIR website says the majority of GOP and Trump supporters see conspiracies — which some US media had previously raised concerns about, assumed. the worst about the integrity of elections, and pushing harmful and unnecessary new election laws.

Prior to forming ERIC and CEIR, Becker was senior counsel for the left-leaning group People for the American Way and director of campaign initiatives at Pew Charitable Trusts, according to Influence Watch.

In 2020, CEIR received nearly $70 million from the leftist Zuckerberg Chan Initiative and distributed $64 million in grants to fund “urgent voter education assistance” in 23 different states, the the largest amounts going to Pennsylvania ($13.2 million) and Michigan ($11.9 million).

On its tax-exempt Form 990, ERIC describes itself as working to improve the accuracy of U.S. voters lists, providing member states with information on voter registration records that is inaccurate due to the displacement or of voter deaths. The ERIC provides lists of potentially ineligible voters, then states can contact them by mail to verify the information, and then adjust the voter lists.

Using data provided by states, ERIC also runs an in-vote operation, providing lists of eligible but unregistered residents (EBUs) to states at least every 425 days. In accordance with the ERIC agreement, states must contact each person on the list and inform them how to register to vote.

This results in a significant swelling of the electoral lists. The report shows that EBU additions consistently exceed suggested deletions, ten times.

Member States give ERIC more than voter registration records. By agreement, they are also turning over all records of people who have gone to the Department of Motor Vehicles (DMV) and other places where people have the opportunity to register to vote.

For example, in Pennsylvania, this includes state offices that provide assistance or public services to people with disabilities, armed forces recruiting centers, regional agencies on aging, county offices for mental health/the mental retardation, independent living centers and the county clerk. The same is true in other states.

In the right hands, personal information gathered from these agencies could predict which political party a person may belong to.

Because voter registration is offered at these locations, all personal information is shared with ERIC, even if the person has not registered to vote, Verity Vote found.

“This appears to violate federal law,” the report said. “The NVRA prohibits states from sharing any record relating to a refusal to register to vote, or the identity of a voter registration agency through which a particular voter is registered.” ERIC’s website says it processed 56 million voters.

Although ERIC is required to protect personally identifiable information, the report documents how ERIC shares data with CEIR.

“CEIR is in the process of creating the lists of voters who should be targeted for voter registration efforts and laundering the lists through ERIC for distribution to states,” the report said.

The Democratic governor, state lawmakers and the secretary of state went to court to block access, citing the protection of voters’ personal information.

In court documents, the State Department argued that it could not provide the information to investigators because “bad actors who would have access to this information would have all the data they need to control voter registrations, and even their votes”.

Verity Vote notes in its report that the State Department “was comfortable sharing data on voters and citizens who chose not to register to vote with the Zuckerberg-funded CEIR, but went justice to keep this data from the Pennsylvania Senate”.

It is unclear who defines what constitutes misinformation.

In a communication from Becker to an official in Georgia, Becker describes the power of REVERE.

“REVERE will allow states to tap into phone numbers and email addresses contained in the voter registry, and quickly send text messages, emails and even voicemails to any set of voters (a particular constituency or county, older voters, etc.). This will allow states to proactively communicate with voters on how to vote efficiently (deadlines, early voting, etc.), send links to official websites (drop box and early voting locations), and to respond quickly to misinformation,” Becker wrote.

In his reportVerity Vote asks whether it is appropriate to intertwine the private motives of CEIR and ERIC with the government’s role of executing elections, placing the power to judge what is misinformation and to whom to distribute it, between the hands of this public/private partnership.

Beth Brelje is an investigative journalist covering Pennsylvania politics, the courts, and the Commonwealth’s most interesting and sometimes hidden news. Send her your story ideas: [email protected]