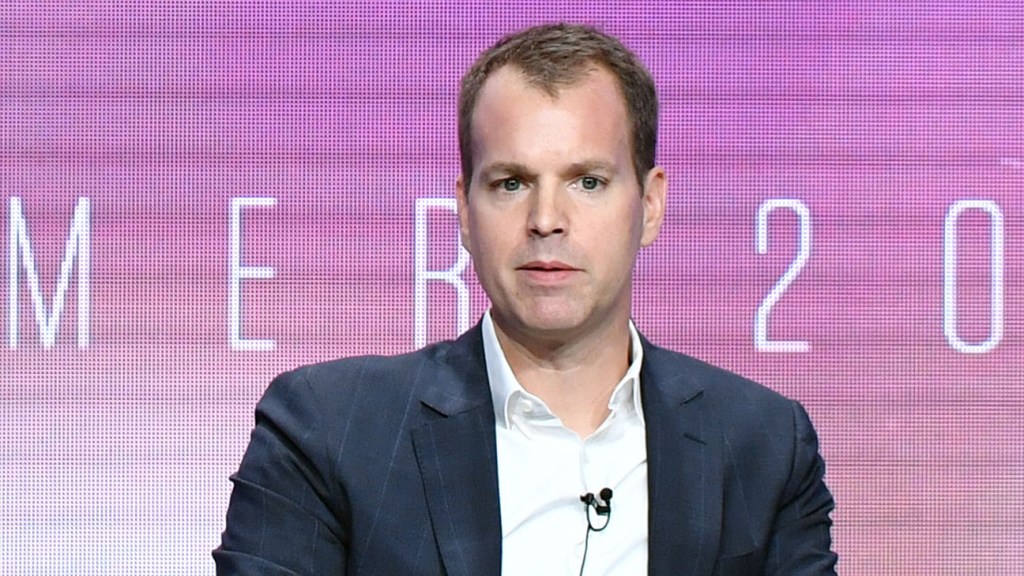 An estimated 14% of Bloys’ teams – around 70 people – have been made redundant as part of the downsizing following WarnerMedia’s merger with Discovery. These measures are the latest step in cost reduction for Warner Bros. Discovery combined under CEO David Zaslav.

As part of the layoffs, Sarah Aubrey will continue to oversee HBO Max’s original drama slate and add international programming alongside the WBD international division headed by Gerhard Zeiler. HBO Max’s comedy, however, will now be under the supervision of HBO’s head of comedy, Amy Gravitt, with Max’s Suzanna Makkos reporting directly to the premiere. Gravitt, a well-regarded HBO veteran with a strong track record, will now oversee the combined comedy department. Joey Chavez, executive vice president of programming, will continue to report to Aubrey as head of Max dramas.

International co-productions — such as I can destroy you – will now be managed by the theater and comedy groups. With Warners titles already earmarked for HBO Max, there was less need for an acquisitions group, especially given the reduced need for third-party titles.

Following the reduction of HBO Max non-fiction and live-action family originals, both departments have been severely impacted by the layoffs. HBO Max’s original reality – helmed by Jennifer O’Connell – along with casting, international and acquisitions are the four most affected departments, along with business affairs and production. The last two departments are being cut to eliminate layoffs, part of Zaslav’s plan to find $3 billion in post-merger savings. The rest of Bloys’ direct programming reports remain unchanged.

With the influx of unscripted programming from Discovery, HBO Max had little to no need to continue focusing on originals. Current HBO Max Unscripted Originals will remain on the platform, with renewal decisions based on performance. Their oversight will transition to Discovery executives in the future.

Additional layoffs in other WBD divisions are expected, but that’s it for the Bloys team. The cuts end weeks of wild speculation about their depth, including suggestions that the bulk of HBO Max Originals will be dropped. That’s not the case, however, as Bloys and Aubrey continue to grow a roster that includes hits. And just like that, coed sex life and Gossip Girl.

HBO Max and Discovery+ will merge into a single service next year. Executives are currently debating a new name for the service, as sources say a big part of the discussion is whether the HBO name is still part of it or if a broader name for the service would work better. There are no cancellations as part of Monday’s layoffs. HBO also won’t be a tile on any new combined platform. Budgets are also unaffected, as sources say they will only grow to meet rising prices for content and top talent.

Here is Bloys’ memo to staff outlining the changes:

Crew,
First of all, I want to thank you and all of you for the incredible and unprecedented work you have done in all of our programming efforts. This team has achieved success over an unprecedented series of challenges, from 140 Emmy nominations across our brand to recent coverage celebrating HBO Max as one of the best streaming services around. I salute your focus and commitment to excellence in these very uncertain times.

Unfortunately, the environment in which we operate is rapidly changing and it is up to us to continue to refine our model to chart a course for long-term success. As you heard from David Zaslav on our last earnings call, producing top-notch HBO/Max scripted content is crucial to the future of WBD. Part of this process involves an honest assessment of what we need to move forward.
In order to best align our strengths and strategy with the challenges and opportunities ahead, I am announcing the following organizational changes.

Maximum number of scripted originals
Sarah Aubrey will continue to oversee Max Originals’ drama slate and expand her responsibilities to include a key global strategic role. Since the platform’s inception, Sarah has been a tirelessly dynamic leader, with a long, long list of hits including The Flight Attendant, Peacemaker, And Just Like That…, The Sex Lives of College Girls, and The Staircase, among many others. ‘others. Building on this, and as our company grows in its global aspiration and reach, Sarah’s mission will be to work alongside Gerhard Zeiler and his team to define and execute our international programming strategy. Joey Chavez, EVP Programming, will continue to report to Sarah as Head of Drama Max Originals, and together they will focus on the development and production of tentpole IP series such as Peacemaker, Dune, The Penguin and Green Lantern.

Suzanna Makkos will now report to Amy Gravitt, head of comedy and executive vice president of programming for HBO. Suzanna led a list of incredibly successful comedies for Max Originals, punctuated by the acclaimed and Emmy-winning series Hacks, as well as The Sex Lives of College Girls, Rap Sh! t and Julia, as well as animated series including the upcoming Velma and Jeune Amour. This transition will align our slate of scripted comedies under one powerful team that is redefining the genre; and by unifying this department under Amy, we will be able to maximize our efficiency by continuing to grow our slate across the HBO and Max Originals brands. Suzanna will also continue to lead Adult Swim’s adult entertainment programming.
Other than Amy now overseeing a combined HBO/HBO Max comedy group, HBO’s leadership remains unchanged. Francesca Orsi, head of drama programming and executive vice president of HBO, will continue to lead the drama team at HBO Originals. Nancy Abraham, EVP Programming, and Lisa Heller, EVP Programming, will continue to lead HBO’s documentary slate, and Nina Rosenstein, EVP Programming, continues to lead our late night content, talk shows and specials.

As we consider the Discovery content offering joining HBO Max for a possible combined platform, we had to make the incredibly difficult decision to disband or restructure the following teams, none of which reflect the contributions of those affected here.

Max Originals Non-Fiction & Live-Action Family Originals
Jen O’Connell and her talented team have led a diverse, hard-hitting and entertaining roster, with titles ranging from competition series such as Emmy-winning Legendary to FBOY Island, 12 Dates of Christmas and Finding Magic Mike; to documentaries such as Class Action Park, The Way Down and On The Record; and family programs such as Gordita Chronicles. I can’t say enough about my respect for Jen’s talent, vision, and passionate commitment to inclusive content. As we move forward, we will not be adding new realities/documentaries to the Max slate. For existing Max reality programming, we will make renewal decisions based on traditional measures of success.

International Originals, HBO Max
In light of the considerable international footprint of Warner Bros. Discovery, led by Gerhard Zeiler, we will no longer have a dedicated US team to pursue these opportunities. While at HBO Max, Jeniffer Kim, SVP International Originals, was responsible for programming international content, including the acclaimed limited series It’s A Sin and Peabody Award-winning Sort Of. I express my sincere gratitude to Jen and her team for all their inspired work. Going forward, similar to the model used at HBO for titles such as Years and Years, I May Destroy You and My Brilliant Friend, individual drama and comedy teams will evaluate and pursue any international co-productions they might find useful outside of Warner. Discovery of the brothers.

Cast, HBO Max
To reflect the model that has proven successful over the years at HBO, we will no longer have an in-house casting department for Max Originals. Linda Lowy, EVP Casting, is one of the most gifted casting executives in the industry. She and her team have much to be proud of, and the impact of their contributions can be seen through the groundbreaking Max Original series.

Content acquisitions, HBO and HBO Max
Our model here too will change, with a significant reduction in team size. This reflects an ever-changing need as the industry moves away from third-party Pay 1 transactions and acquisitions, and as a business we leverage our own library of the Warner Bros. wallet. Michael Quigley, EVP, Content Acquisition, who joined the HBO Max team shortly before the platform’s launch, will be leaving. During his tenure with the company, Michael led key acquisition deals, including South Park, and led a talented team based in Atlanta, New York and Los Angeles. He has been a skillful leader in an ever-changing market, and I wish him every success in the future. Royce Battleman, SVP, Content Acquisition, a core member of HBO’s acquisitions team for nearly three decades, will lead the newly restructured department and will now report to Glenn Whitehead, President, Business Affairs and Production for HBO and HBO Max.

Although I am convinced that these structural changes will allow us to maintain a successful business model, these decisions have been extremely painful to make. We operate in an environment where we must adapt in real time to industry and business requirements. None of this lessens the blow of parting with such talented, trustworthy, hardworking, and famous teammates. I express my deepest gratitude to each of them as they move on to their next opportunity.

More will follow soon when I reconvene my core team, where I can provide more information on these changes and the road ahead, and will do my best to answer any questions you may have.