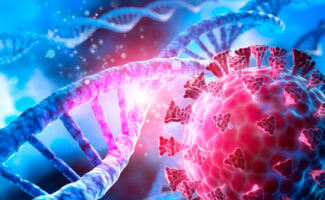 December 23, 2021 – based in San Diego, CA Caliber Associates recently appointed Theresa LaVallee as Director of Development at Coherus BioSciences in Redwood City, California. Dr. LaVallee will be a member of the company’s management team and oversee all regulatory matters and product development functions, reporting to Denny Lanfear, President and CEO of Coherus.

â€œTheresa is a great addition to Coherus at a time when we are increasingly focusing on our immuno-oncology pipeline, particularly combinations with toripalimab, our PD-1 inhibitor,â€ said Mr. Lanfear. â€œShe is a seasoned executive who has a proven track record in the end-to-end discovery and development of cancer drugs and diagnostics. With her scientific and regulatory expertise, she will play an essential role in the growth of our development capacities in immuno-oncology.

Dr. LaVallee brings over 25 years of experience in drug discovery and development. Most recently, she was Vice President, Translational Medicine and Regulatory Affairs at the Parker Institute for Cancer Immunotherapy, where she provided scientific leadership on clinical strategy for the development of novel immuno-oncology therapies and helped establish the clinical, translational and regulatory organization of the institute. Previously, she held senior positions at Kolltan Pharma and Celldex Therapeutics. From 2008 to 2013, she was a member of the AstraZeneca Immuno-Oncology team (MedImmune) developing checkpoint inhibitors and associated diagnostics. Dr. LaVallee received her PhD from the University of California, Los Angeles and her BA from the University of California, Santa Barbara.

“Coherus’ principal active ingredient in immuno-oncology, toripalimab, establishes a convincing clinical profile in late stage trials,” said Dr. LaVallee. â€œPD-1 inhibitors such as toripalimab are expected to play a fundamental long-term role in the development of immuno-oncology drugs as the backbone of new combination therapies. I look forward to working with the Coherus team and with the company’s world-class scientific advisory board to help Coherus become a leader in immuno-oncology and advance new treatments for cancer patients.

Coherus is a commercial-stage biopharmaceutical company whose mission is to increase access to cost-effective medicines that can have a major impact on the lives of patients and achieve significant savings for the healthcare system. Coherus’ strategy is to build a leading immuno-oncology franchise in the United States and Canada funded by cash generated from its biosimilars business activity.

Caliber Associates, founded in 1988, focuses exclusively on the life sciences industry. The company’s executives are highly experienced research professionals and biopharmaceutical executives who bring more than 70 years of industry experience. Caliber Associates has partnered with over 150 leading companies and performed over 700 research, placing strategic leaders with broad therapeutic and functional reach. The company has offices in San Diego, the New York subway, and Boston / Cambridge, MA.

Leadership in a post-Covid world

In this brand new episode of “Talent Talks,” Hunt Scanlon Media host Rob Adams is joined by Steve Hochberg, CEO of Caliber Associates. In this podcast, Hochberg explains how COVID-19 has changed the expectations of leaders, then explains how leaders can promote and maintain the culture as employees return to the workplace. Listen now!

Recent positions the company has held include Scientific Director of GentiBio, Vice President of Project Management at Locanabio and CEO of Caraway Therapeutics.

Steven Hochberg, Founder and CEO of the Research Firm, Focuses on Recruiting CEOs, Board Members, C-Level and Strategic Teams for Emerging Life Science Companies and Global Biopharmaceutical Companies . It brought together a small team of highly experienced and results-oriented research professionals. Prior to his research career, he held strategic human resources positions at RhÃ´ne-Poulenc Rorer, FMC Corp. and Shell Oil Co.

What does the ownership structure look like for i3 Energy Plc (LON: I3E)?