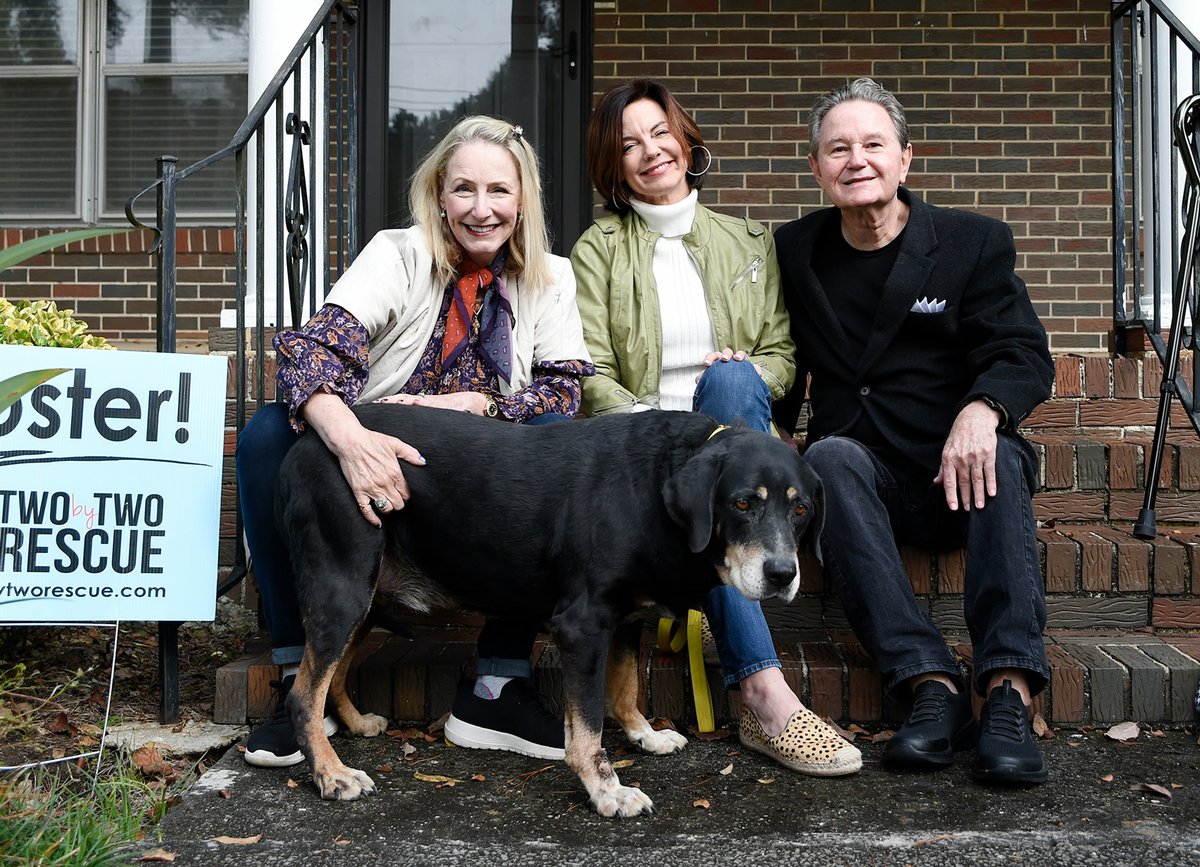 The Two by Two Rescue group that helps find homes for unwanted, abused and abandoned animals will soon have a home for themselves.

The organization, founded in Helena in 2005, recently purchased approximately 2 acres and a house near the Ross Bridge with money donated by new board member John Sellers.

The rescue group never had a physical facility, with staff working instead of their homes and vehicles, founder Sonya King said. Now they will have a central workplace and foster facility where they can keep animals for health and personality assessments before placing them in foster homes, King said.

This will give rescue personnel time to determine if the animals need immediate veterinary care or vaccines or if they are ready to go to a foster home, she said. It will also eliminate some of the movement that takes place when animals are moved prior to placement and allow rescue personnel and volunteers to work more closely with each other in one location, improving communication and efficiency.

Two by Two Rescue has three full-time staff and many volunteers, King said.

“I am delighted to be moving my home office there,” she said. “It will help me clean my dining room table. “

The rescue group is renovating the house and garage that were already on the property and adding another structure. King said she hopes all work can be completed by the end of this year.

The estimated cost of renovations and new construction is approximately $ 100,000, and the 501 (c) (3) nonprofit will gladly accept any donation to help cover the cost.

The more money you can raise for renovations, the less money you have to withdraw from the organization’s veterinary fund, which is the group’s biggest expense, King said.

Two by Two Rescue is a no-kill organization, which means the group’s goal is to end the slaughter of all animals that are not in irreparable physical pain.

Irreparable suffering is defined as “a grim or severe prognosis to be able to live without intense and incessant physical pain, even with prompt, necessary and comprehensive veterinary care”.

The principle is applied to all species of animals, including, but not limited to, pet mammals, reptiles, amphibians, birds, aquatic animals, “farm” animals and wildlife. , according to the group’s website.

The group helps animals regardless of age, breed, color or medical condition and provides extensive veterinary care for animals, even if there are many.

Two By Two mainly deals with dogs and horses, but has also helped cats and a few pot-bellied pigs.

King and a partner started the organization in 2005, shortly after moving from Montgomery to Helena. She intended to practice law, but became so upset by the number of stray animals in the community that she began to pick them up and welcome them, she said. The Town of Helena was looking for someone to help them solve the problem, and Two By Two was formed from that.

The number of animals assisted has increased each year and topped 1,000 this year, King said. Animals have been placed in about 40 states. They are accepted from anywhere, but mainly from the greater Birmingham area, she said.

“The demands we have on a daily basis are mind-blowing,” she said. “We turn away a few thousand animals every week. We wish we could take them all. We really do.

The organization also offers behavioral training to animals that may be considered to have problematic behavior, she said. “We do not discriminate between races,” she said. “We are giving all races a chance. “

The group’s motto is that there are no “bad dogs,” she said. “It’s a great program to see the animals flourish and bounce back from whatever circumstances they’ve been through. “

King said she was especially grateful to the sellers for both finding the property and donating to make the purchase possible.

“It’s just been such a blessing. He’s been on the board for less than a year, but he has this energy and passion for animals, ”King said. “He actually surprised us with this property. We were thrilled.

For more information on Two by Two Rescue or to donate, visit twobytworescue.com.