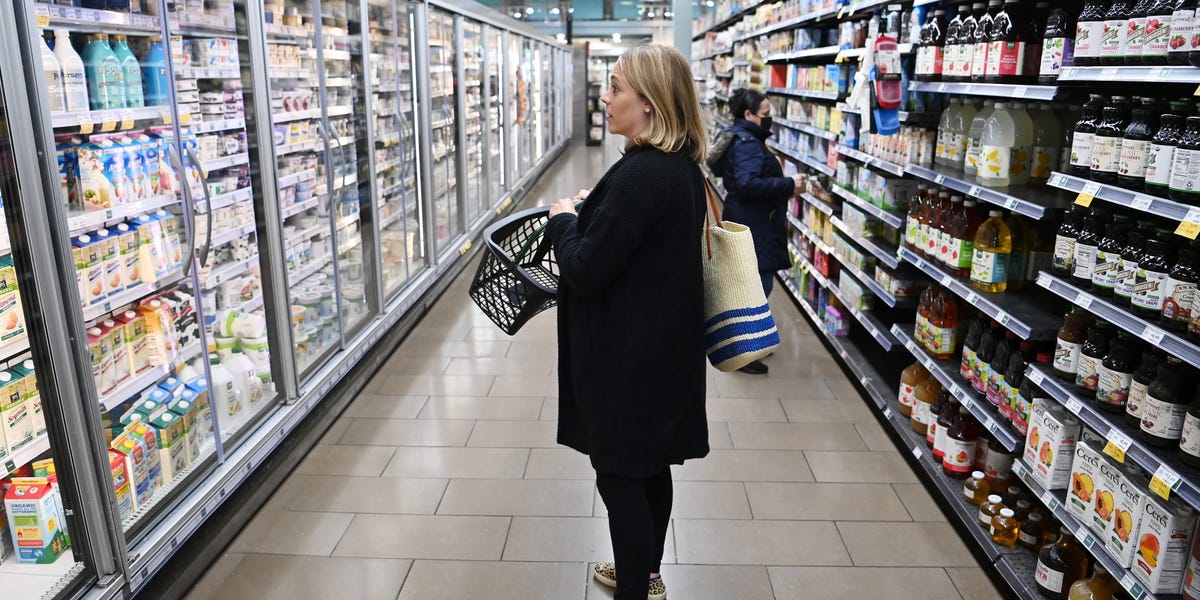 Whole Foods is raising prices for some emerging food brands, Insider has learned. The increases suggest a shift in strategy for the Amazon-owned grocer.

The price hikes have happened in recent months, according to brokers and consultants who advise food brands on their Whole Foods strategy as well as the founder of a brand that sells its products to the grocery chain.

Some of the increases have added up to a dollar or two to the over-the-counter prices of products that sell for $20 or less, people say.

Grocers regularly raise their prices to protect their margins and cover their costs. But people Insider spoke to said the increases were higher than they expected to see from Whole Foods, even with retail food prices rising at historically rapid rates.

The higher prices come after several rounds of price cuts at Whole Foods in the years after Amazon acquired the grocery chain in 2017. The price cuts were aimed at countering Whole Foods’ reputation for high prices. .

The price increases are also the latest sign that Whole Foods has lost its reputation as a starting place for emerging brands.

A grocery broker Insider spoke to works with an upstart food brand that sells three varieties of its products at Whole Foods and has seen prices go up on one variety but not the other two.

In at least one case, Whole Foods raised prices in some stores but not others in the same area, according to the broker. Historically, Whole Foods has maintained consistent prices on the same product in each of its 12 regions.

The broker said Whole Foods provided no explanation when contacting the company.

“I even said, ‘Can I talk to your pricing team?’ and they said ‘No, we can’t share that,'” the broker said. “There is virtually no visibility.”

Whole Foods did not respond to a request for comment from Insider.

Insider spoke with two brokers and a consultant as well as the founder of a brand that sells its products at Whole Foods and was hit by the price hikes. Brokers act as food brand advocates, especially when it comes to working with retailers to increase brand distribution.

A broker asked to speak anonymously for fear of retaliation. The identity of the broker is known to Insider.

It is common for brands to have little control over the selling price of their products on store shelves.

Brands can offer retail prices to retailers. In practice, however, retailers often deviate from this. Reasons may include retailers’ own pricing strategy or costs passed on by distributors, such as United Natural Foods, Inc.

But Whole Foods’ recent price increases are bigger than expected, even with inflation, according to consultants Insider spoke to. Food at home prices have increased by around 13% since July 2021.

In one case, a brand’s distributor increased its prices by 53 cents to offset rising costs. But on Whole Foods shelves, the price went up $2.

“When a distributor raises prices, it makes sense for a retailer to raise prices,” Delevan said. “What I take issue with is the disparity between distributor and retailer.”

Felice Thorpe, a consulting sales manager who works with small food businesses, said the brands she works with have had to raise prices just to cover the rising cost of goods.

“I fear the price increases at the retail level have been much higher than that,” she said.

Now, Delevan said, brands are concerned that customers are looking for cheaper alternatives or simply avoiding their products.

“Consumers don’t know that it’s not the brand that drives up the price,” she said. “There is negative sentiment towards a brand that raises its selling price by $2 per unit.”

Leah Ferrazzani, the founder of Semolina Artisanal Pasta, told Insider that prices for her products at Whole Foods in Southern California increased this summer.

Ferrazzani had delayed raising the price of its products with its distributors and Whole Foods. Now, in addition to her margins, she is monitoring sales of her pasta to see if higher prices on the Whole Foods shelf are affecting sales.

“Fall is high season,” she said. “The next few months will really tell if the impact will be significant overall.”

Whole Foods could learn to live with its ‘full paycheck’ image

In the years since its acquisition by Amazon in 2017, Whole Foods has gone through several rounds of price cuts on its shelves.

Whole Foods CEO and co-founder John Mackey described the cuts as part of a “virtuous cycle” that would attract more business to Whole Foods. At the time, price and consumer studies showed Whole Foods was one of the most expensive grocers in the United States.

“I think they’re really trying to see, ‘How far can we push this and how much do our buyers appreciate the quality of the products?'” Shrikhande said.

Delivery demand is also weighing on Whole Foods, he added. Over the past year, the chain has added delivery fees for Amazon Prime members and consolidated its delivery workforce. Even new Whole Foods CEO Jason Buechel acknowledged that delivering groceries is expensive.

“They’re trying to figure out, ‘Where can we offset those costs? Where does the buyer want and can stretch their wallet a bit?'” Shrikhande said.

Price increases are also one of the reasons emerging brands have had a harder time selling at Whole Foods over the past decade, according to a broker who advised brands that sold at Whole Foods before Amazon n ‘acquires the string.

While some of the changes predate Amazon’s acquisition of Whole Foods in 2017, others are more recent: under Amazon, for example, Whole Foods began charging fees to brands when the retailer rearranged products on the shelf, what the industry calls a reset.

In the past, Whole Foods charged lower fees, the broker said. The grocery chain’s regional staff were also more transparent with the brands on their choices.

“The climate at Whole Foods really had to come alongside the brand,” the broker said. “You really don’t see that anymore.”

The broker added: “These changes were already happening, but Amazon really locked them in.”

Do you work at Whole Foods or have information to share? Contact Alex Bitter at [email protected] or via the Signal encrypted messaging app at (808) 854-4501