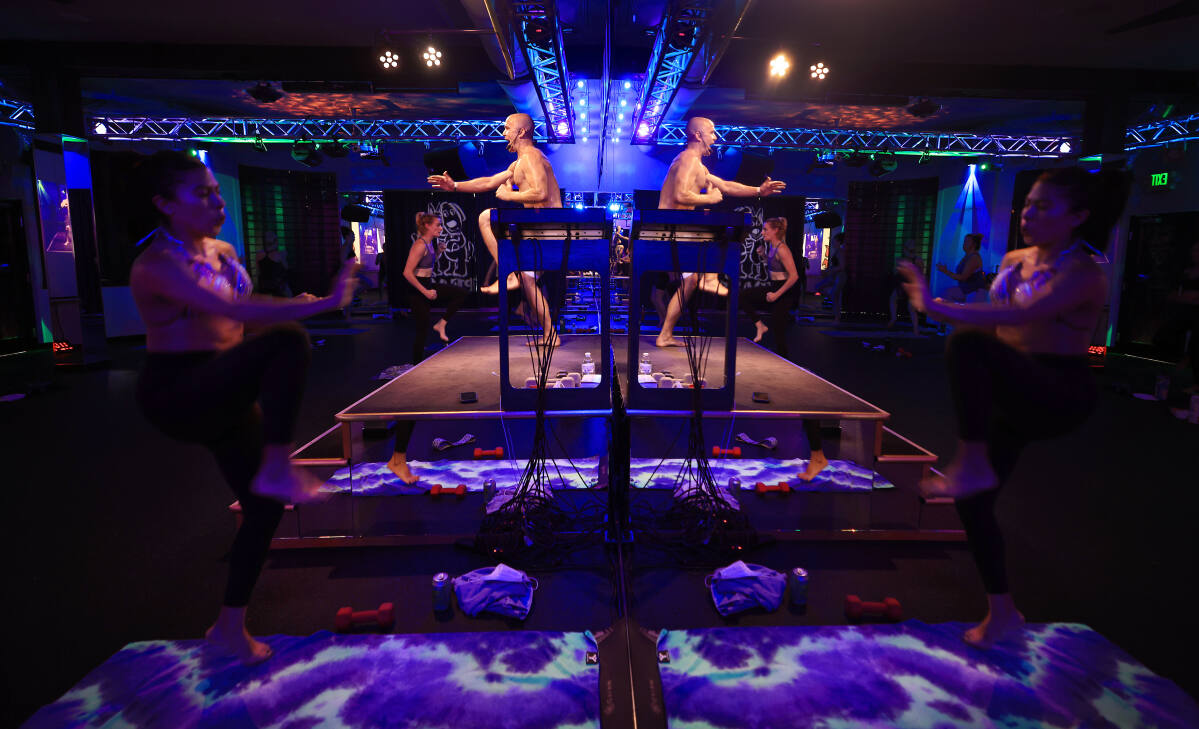 A Bay Area yoga instructor has been fired from two popular studios over her personal beliefs and her relationship with a man who heads an organization the Anti-Defamation League says was based on “virulent anti-Semitism,” a confirmed the business owner to SFGATE.

Kelly Johnson, former instructor and owner of Hella Yoga Berkeley and former instructor of Yoga Hell Petaluma, was fired on Saturday for her involvement in a “hate business,” Jeff Renfro described in an email to clients.

“Kelly was fired and we severed our business ties because of the statements that came out of her mouth that she had a serious, very long-term relationship with someone who is a fairly well-known white supremacist, anti-Semite, gay-basher ,” Renfro, who is Jewish, told SFGATE in a phone interview.

Johnson’s boyfriend, Jon Minadeo Jr., runs the Goyim Defense League, an organization classified by the ADL as a network that “espouses vitriolic anti-Semitism and white supremacist themes via the Internet, through distributions of propaganda and street actions”. Minadeo also operates a YouTube-like video-sharing platform called Goyim TV, where conspiratorial and anti-Semitic content is distributed. According to J., the Jewish News of Northern California, which first broke the news, Minadeo hosted a regular 4-hour livestream in which he peddled a host of baseless anti-Jewish conspiracy theories, including that the Jewish people were responsible for 9/11 and that the Holocaust was fabricated.

The Press Democrat also confirmed on Saturday that Minadeo operates both the Goyim Defense League and Goyim TV.

The Goyim Defense League reportedly distributed anti-Semitic flyers accusing Jews of creating the “COVID agenda” throughout the Bay Area in January and February. The organization has also taken anti-Black, anti-Latino and anti-LGBT views, the ADL said.

Renfro, the owner of the yoga studio, told SFGATE he first met Johnson around eight years ago – and for the past six or seven years they have been business partners and close friends. He even sold her his stake in Hella Yoga, buying it back just a month ago as his knowledge of Minadeo’s work grew. In recent years, Johnson has begun spouting hateful sentiments, such as complaining about being “sitting next to two smelly Jews on a plane,” Renfro told SFGATE.

“When…she started talking like that,” he said, “I Googled John because I thought he was a QAnon fan.” Renfro said he knew Minadeo had previously held anti-vaccine and conspiratorial views. “I just thought he was kind of an idiot,” Renfro said.

Renfro believes Johnson may have helped Minadeo set up her streams on Goyim TV, using the same technology she had in place for the Hella Yoga and Yoga Hell live streams at the start of the pandemic. He said he also found documents on Johnson’s computer to register Goyim TV as a California company.

“It was obvious – Kelly is really good at doing things like that – that she was the one who recorded Goyim TV,” he said.

Johnson denied those claims, saying Renfro’s allegations were “all lies” in an interview with the San Francisco Chronicle. (SFGATE and the Chronicle are both owned by Hearst but operate independently of each other.)

Minadeo eventually stopped its feeds, Renfro said, but around this time the flyer campaigns began. Minadeo confirmed to the Chronicle that Goyim TV was responsible for the flyers, but said he did not distribute any himself.

Renfro said he wanted to help Johnson privately, have one-on-one conversations and try to engineer an intervention to get Johnson to change his views. “Kelly started to withdraw more from us, just emotionally, not communicating with us very well,” Renfro said. “It looked like she was stuck in a world that wasn’t our world.”

Since the dismissal was made public, Renfro said he has received numerous phone calls — some hostile, but most grateful for his decision.

“It is necessary,” he said. “I believe in tough love. She’s going down a rabbit hole, and we explained it to her.”