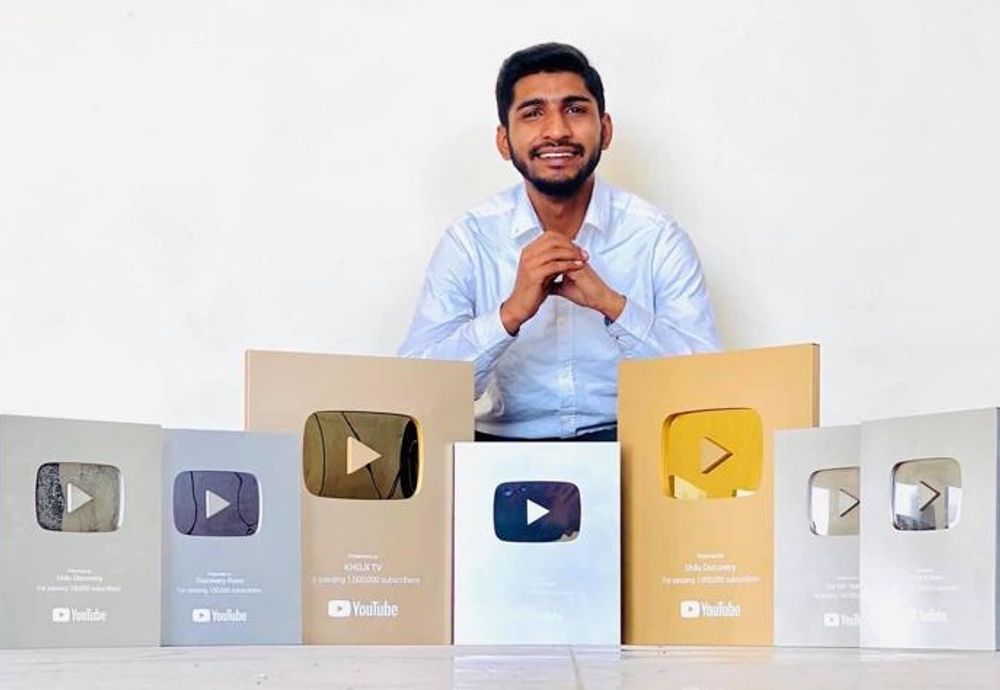 Meet a young man who achieved visible success by setting goals, overcoming obstacles and thinking creatively, in addition to working hard in the right direction after his journey of self-discovery. Born in Mandi Bahauddin and raised in Gujrat, Talha Labib is a social media strategist, entrepreneur and world explorer. Today, this successful entrepreneur could best be described as a young person who believes in others as much as in himself.

Talha Labib is an award-winning YouTuber and founder of Talha Films Network. During his journey filled with hard work, he has also done his best to help achieve success and empower his age mates to try and grow. He is proud to be very active within his new media community and to make a difference. With all he has accomplished at such a young age starting grassroots businesses and winning competitions, he wants to share his experience and knowledge with those who follow him.

In a candid speech, Talha Labib said that his company – Talha Films – provides consultancy services to different institutions, companies and individuals with a smart social media strategy. Currently, he said his company works with around four dozen clients, including Pakistani celebrities. “We can say that everyone is connected to each other through different social media platforms,” ​​he said. But, he said, “it is necessary to reach your audience with a perfect social media strategy.”

He said success without a successor is nothing more than “failure” or unproductive activity. He said young minds have a clear choice that they must find new ways to better manage their own affairs; and they have to look for opportunities without paying much attention to the risk factor. “Our patience and determination paved the way for us to succeed in life.” He said newcomers need to remember that running a successful business can be the easiest thing there is, but it can also be the hardest thing there is.

Talking about his successes and his huge success as a YouTuber, Talha Labib said that he never focused on “views”, “likes” and “subscribers”, because these elements do not are just the names of a game and not a parameter for any type of realization. “I’ve always shared with my colleagues and followers that we need to be more careful when making or creating something for a global audience that can come from anywhere – and, of course, from a layman to an educated and a professional”, he underlined.

“Personally, I always try to bring as much value as possible to my audience; because I’m passionate about an idea that inspires me before I make a video,” he said, adding that every video he makes he tries to challenge himself and his team differently so that Talha Films can produce something different and new. “For me, YouTube is a platform where I can experiment. It challenges my creative expression with experimentation, which usually develops into a pretty cool outcome — usually,” he said.

He said his platform is a multi-channel network where viewers have the choice to watch and download the videos, information, knowledge, motivation and much more in a single platform. “I always follow that quote that ‘the sky is the limit’ and I set a lot of goals for myself to achieve,” he said, adding that he achieved several goals at a very young age and that he hoped he would achieve new goals. goals with hard work and in the presence of a dedicated team of professionals.

It is pertinent to mention here that Talha Labib has won 15 awards from YouTube, including 11 silver play buttons and four gold play buttons. According to the company, YouTuber with over 1 million subscribers will receive the Golden Play Button while YouTuber with 100,000 subscribers will receive the Silver Play Button, as part of the YouTube Creator Awards. He also received the “Top YouTuber of Pakistan” award from Connected Pakistan.