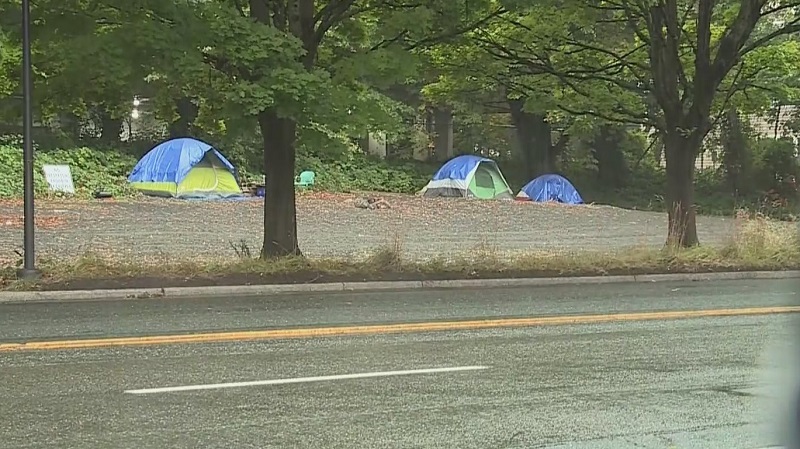 PORTLAND, Ore. (KOIN) — The 2300 SW Naito Stakeholder Group announced Friday that it will be withdrawing its support for Safe Rest Village.

The organization, which is made up of several neighborhood associations and landlords in the area, will hold a press conference at 11 a.m. Friday. KOIN 6 will be streaming the event live in this article.

Association leaders said they were deeply concerned about the lack of safety expectations faced by the City of Portland and Multnomah County. According to the group, the city and county have not implemented security requirements such as screening potential residents for criminal crimes against a person, sex crimes and property crimes.

Additionally, residents and business owners had “mixed feelings” about this village because it was near the Portland International School.

The school is located on a hill next to SW Naito Parkway, directly across from an unauthorized homeless camp. On September 30, Portland City Commissioner Dan Ryan announced that the place would be turned into a sanctioned homeless camp, one of the 3 Safe Rest Villages in the city.